BNS EN
aA
Lithuania's Social Democratic Party will probably decide to enter into coalition negotiations with the Peasant and Green Union, says the party's chairman, Prime Minister Algirdas Butkevičius, adding he will also be part of the negotiating team. 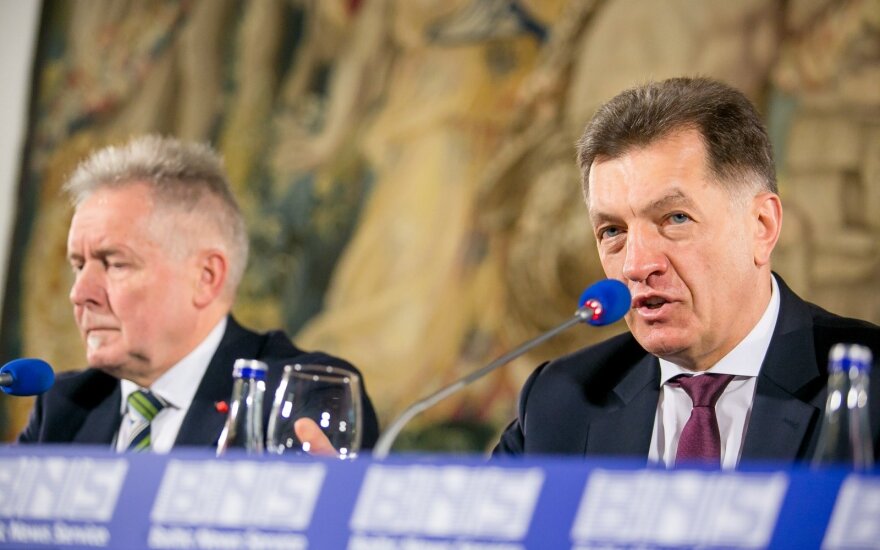 "Under the party's statute, the presidium is not entitled to decide on going to coalition talks or not. This is a decision made by the council only. I cannot guarantee 100 percent, I believe that we will decide to proceed with the consultations or already start negotiations. This is the version that is possible, according to the information that I have – I have asked to inquire many offices of the party and many presidium members to have fewer discussions during the presidium meeting," Butkevicius told BNS in a telephone interview on Friday.

He said he intended to take part in the coalition talks, if they are started.

"If the negotiations are opened, I will definitely join the process and we should know the proposals (of the Peasant and Green Union) after the council meeting and whether the proposals are acceptable or not," said Butkevicius.

Related articles
SocDems decide to start coalition talks with Peasants
Are SocDems going to be content with the role of junior partner?

On Friday afternoon, the Social Democratic Party's presidium is meeting to discuss the results of the parliamentary elections and discuss on whether the party should take part in the negotiations organized by the Peasant and Green Union on the ruling coalition.

After a meeting with Saulius Skvernelis, one of the Peasants' leaders, earlier on Friday, the conservatives' leader Gabrielius Landsbergis said the conservative Homeland Union – Lithuanian Christian Democrats were willing to proceed with the coalition consultations with the Peasant and Green Union.

The condition raised by the conservatives is that the Peasants should not conduct simultaneous negotiations with the Social Democratic Party.

Meanwhile, Skvernelis says that the negotiations will be opened, if the Social Democrats give a positive answer about the talks later on Friday.

The Peasant and Green Union secured 56 mandates in Lithuania's 141-seat parliament during the recent elections, while the conservatives won 31 and the Social Democrats won 17.

On Monday, President Dalia Grybauskaitė met with the leaders of the Peasant and Green Union and the conservatives, wishing the Peasant party to create a transparent and responsible ruling bloc.