BNS EN
aA
Julius Pagojus, the Lithuanian Social Democratic Party's candidate for the post of justice minister in the incoming coalition government, was to meet with President Dalia Grybauskaitė on Tuesday morning. 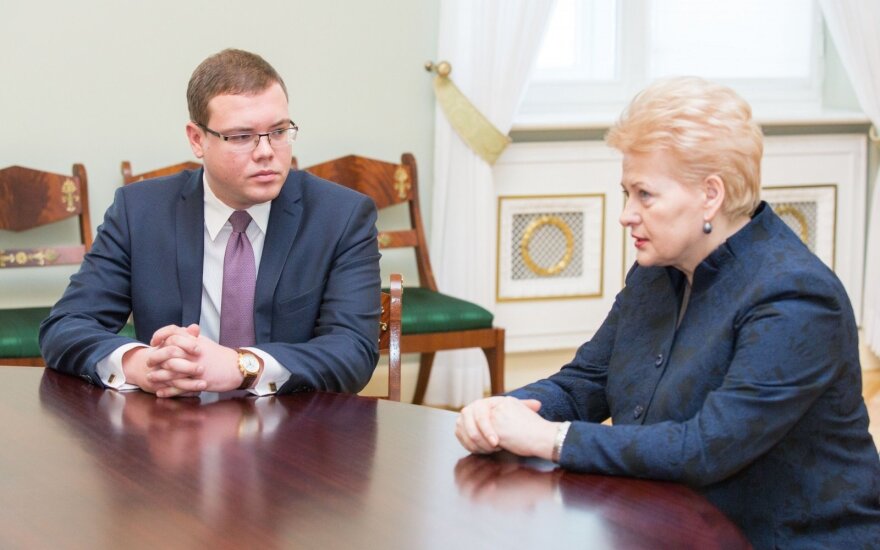 "I believe that my four years at the Justice Ministry have given me enough experience," he said on 28 November.

The 28-year-old lawyer would be the youngest minister in the new government. He worked as an advisor to Justice Minister Juozas Bernatonis between 2012 and 2014 and was appointed deputy justice minister in July 2014.

Darius Petrosius, the Social Democrat's former candidate for justice minister, said in a statement on Monday morning that he was withdrawing his candidacy in order to protect his family and the incoming government "from slander".

The LSDP board decided in the morning to propose Julius Sabatauskas, chairman of the parliament's Committee on Legal Affairs, for justice minister, but his candidacy was criticized by the SocDems' coalition partners, the Lithuanian Peasant and Green Union.

Ramunas Karbauskis, chairman of the LPGU, and Prime Minister-designate Saulius Skvernelis said that they wanted to see a younger person from the new generation of politicians in the incoming government.

Lithuania must ensure the representation of the interests of all persons living together, Julius...