BNS EN
aA
The Lithuanian Social Democratic Party (LSDP) is in a deep crisis after suffering a crushing defeat in the recent parliamentary elections, Lithuania's EU commissioner Vytenis Povilas Andriukaitis said, calling on the party to stay in the opposition. 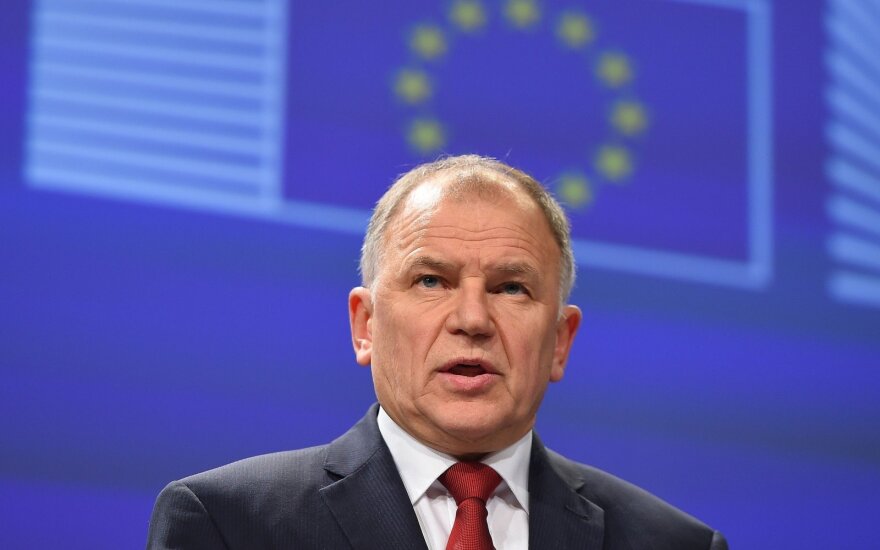 In a letter to members of the LSDP, Andriukaitis, who is the party's honorary chairman, notes that voters turned away from the Social Democrats not only in the multi-seat constituency, where parliamentarians are elected by proportional representation from party lists, but also in single-seat constituencies, especially in the country's major cities and towns.

In his words, the party's defeat in the elections was "deep-seated" and "not comparable to the defeat during the time of Gediminas Kirkilas or other ordinary failures".

"And what I hear now is perhaps we should continue in government as junior brothers. No! The voter is the king here. They said 'no!' to the ruling (party)," Andriukaitis said.

"Now is the time to be and act in the opposition. Or risk losing Social Democracy in Lithuania in four years' time. This has happened in Poland, Finland, Latvia, Estonia, Bulgaria, and Hungary. Let's listen to voters, because they have given us a chance to recover. They do not want the LSDP to disappear. This is what fierce rightists want. They want to us to be different," he said.

The biggest loser in this Seimas election has been the Labour Party , having failed to pass the 5%...

Urbšys: wishes to cause a political crisis becoming more obvious