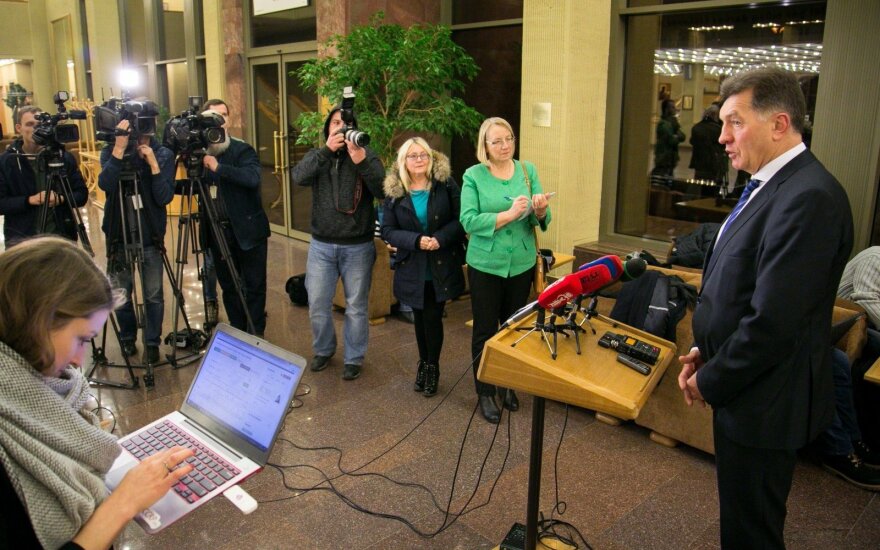 "Several candidates have been discussed and they are yet to undergo the vetting process. I expect that I will be able to name as soon as Monday the specific candidate who will be proposed to the prime minister," he told reporters.

Butkevičius said that he had discussed the candidates with Skvernelis in the morning.

The leader of the Lithuanian Social Democratic Party (LSDP) leader implied that the new candidate would not be a young politician.

Under the coalition deal between the LSDP and the Lithuanian Peasant and Green Union (LPGU), the party that won the October parliamentary elections, the Social Democrats have the right to propose a candidate to be the next justice minister.

Julius Pagojus, who served as a deputy justice minister in the outgoing government, had been appointed justice minister earlier this week, but he stepped down on Wednesday amid criticism over last year's incident in which he was caught by the police drunk-driving.

The Social Democrats had initially proposed Darius Petrošius for justice minister, but the former parliamentarian withdrew his candidacy after his suitability for the post was publicly questioned due to his family's alleged links with Arunas Pukelis, a controversial businessman in Taurage, a town in western Lithuania.

Lithuanian President Dalia Grybauskaitė says that she did not have all information about Julius...