BNS EN
aA
The presidium of the Lithuanian Social Democratic Party (LSDP) has asked all 60 branches of the party to discuss future prospects for the ruling coalition with the Lithuanian Farmers and Greens Union (LFGU). 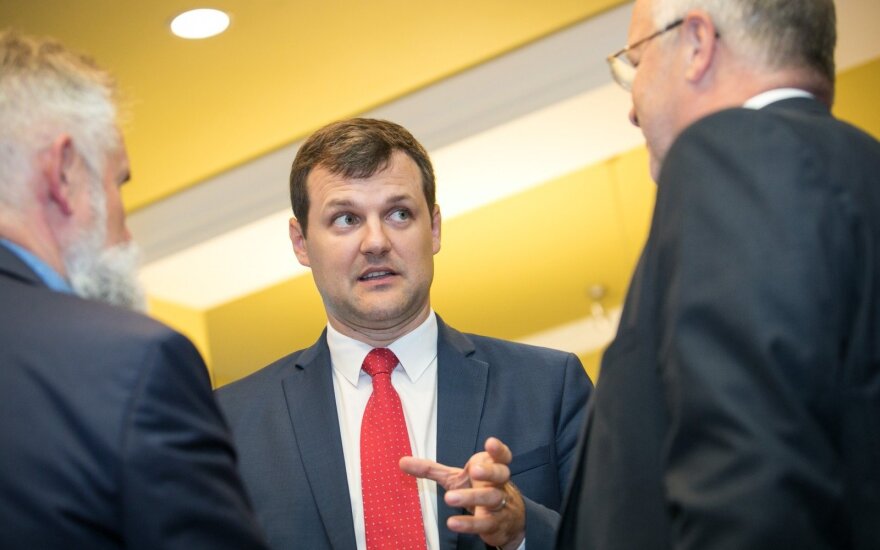 All branches are expected to give their opinion by September 20, the party said.

The presidium also decided during its meeting on Thursday evening to ask the party's council to evaluate the results of the coalition agreement and to decide, taking into consideration the branches' opinion, whether the coalition with the LFGU has a future.

The presidium's decision was adopted by common agreement.

"Those who are not directly involved in the Seimas activities say openly say that the implementation of our priorities in this coalition is stalling. Meanwhile, members of our political group (in the parliament) are more moderate; they take part in the coalition's meetings more frequently," Gintautas Paluckas, the LSDP chairman, said.

The ruling coalition's fate was put into question after the LFGU, the senior coalition partner, signed a deal with the opposition Homeland Union–Lithuanian Christian Democrats for supporting certain bills.

Paluckas says that the LFGU has thus gone beyond the limits set by the coalition agreement, which allows the partners to make independent decisions only on issues concerning values, such as the spelling of foreign names, the definition of family in the Constitution, the recognition of civil partnerships, and the protection of human life from the moment of conception.

Members of the presidium of the Lithuanian Social Democratic Party (LSDP) plan to meet in Vilnius on...

Coalition - a party of three?