BNS EN
aA
Gintautas Paluckas, leader of the Lithuanian Social Democratic Party (LSDP), on Wednesday hit back at criticism from the chairman of the Lithuanian Farmers and Greens Union (LFGU), saying that Ramūnas Karbauskis' comments reveal a dangerous propensity for authoritarianism that should cause concern to society. 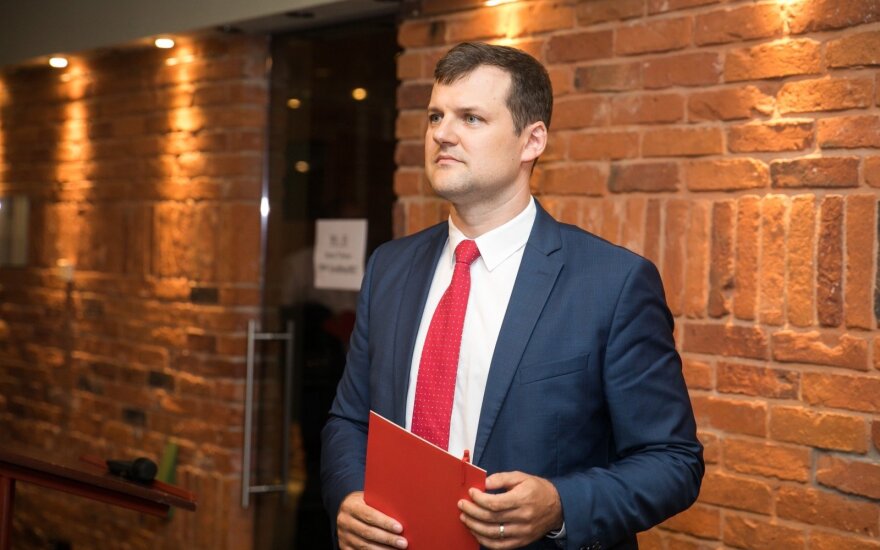 "With all due respect to Mr. Karbauskis, I'd like to say that he is digging in someone else's garden. The Social Democrats will make up their minds (about whether or no to stay in the coalition). The reasons will be made public at the council's meeting when a decision is taken," Paluckas told BNS.

Karbauskis said earlier in the day that Paluckas wanted to pull his party out of the ruling coalition with the LFGU due to narrow party interests in preparation for municipal, European Parliament and presidential elections to be held in 2019 and national parliamentary polls in 2020.

According to the Social Democratic leader, Karbauskis is taking on the role of "a messiah" and has a dangerous propensity for autocratic rule.

"Karbauskis, as some kind of a messiah and know-it-all, knows everything -- from artificial insemination and alcohol bans to reasons behind the Social Democrats' behavior. However, some of his comments show a very dangerous and vicious feature of both his own character and mode of operation by the Farmers and Greens, which is a very clear authoritarianism or inclination toward it," Paluckas said.

"He is very surprised at and negatively affected by any democratic discussion, primarily in the Social Democratic Party, in its branches. What is worse is that (....) he applies the same principle in communicating with the general public, with interest groups, with the teachers' community, and with the academic staff of the higher education system," he added.

With an eye on elections, Gintautas Paluckas , chairman of the Lithuanian Social Democratic Party (...

R. Sotvarė-Šemetienė. Don’t seek grey cardinals in the list of the most influential