BNS
aA
After Lithuania reaches 2 percent of the gross domestic product (GDP) for defense next year, the defense funding should no longer be increased, with money directed towards reduction of social exclusion, says Gintautas Paluckas, the leader of the Social Democratic Party. 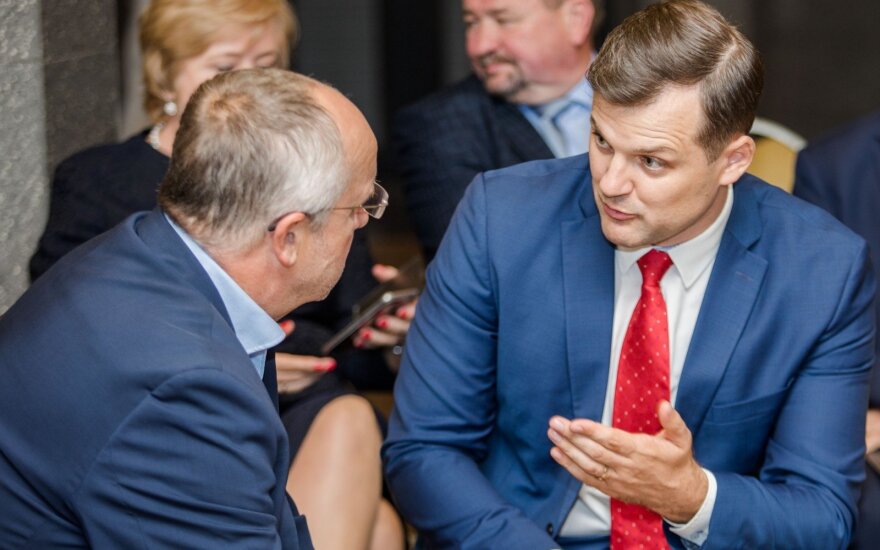 He expressed disapproval of the idea recently proposed in the parliament for leaders of parties to update the 2012 agreement, which envisaged reaching 2 percent of the GDP by 2020, as Lithuania should reach the indicator in 2018 already.

"Under the national agreement and commitment to NATO, we (will) have reached the 2 percent of the GPD. That's it – all the discussions and proposals of increasing defense spending, signing new agreements, in our opinion, are absolutely untimely, as there are other issues that are important to national security, namely, poverty, social exclusion and social inequality. We should focus resources of economic growth on settlement of these problems," Paluckas told BNS.

In his words, this was the position formulated by the Lithuanian Social Democratic Party's council on Thursday.

The proposal to sign a new agreement of political parties on further increase of defense spending was on Thursday circulated by a temporary team of supporters of the Lithuanian army and the Lithuanian Riflemen's Union. Consisting of nearly 30 MPs, the group is headed by conservative MP Audronius Ažubalis.

The group suggested members of political parties to take into consideration the continuing threats caused by Russia's modernization of the Western military unit and ensure "consistent defense spending that would satisfy the needs."

Lithuania's Defense Minister Raimundas Karoblis has emphasized that 2 percent of the GDP for defense should not be the limit, as the country has made no substantial investments in weaponry for a long time. In his words, NATO planners suggest raising defense spending to 2.5 percent of the GPD.

Lithuania started raising defense spending in 2014 in response to Russia's actions in Ukraine and the Baltic Sea region.

According to the National Security Strategy approved in January, financing of the defense system will reach 2 percent of the GDP in 2018 at the latest, with further consistent increase of the spending level. The strategy was supported by 106 of the country's 141 parliamentarians, including the speaker, with merely one abstention and no votes against.

Increase of Lithuania's defense budget should be even, says Prime Minister Saulius Skvernelis ,...