Skvernelis – on initial tasks and expectations of the Conservatives 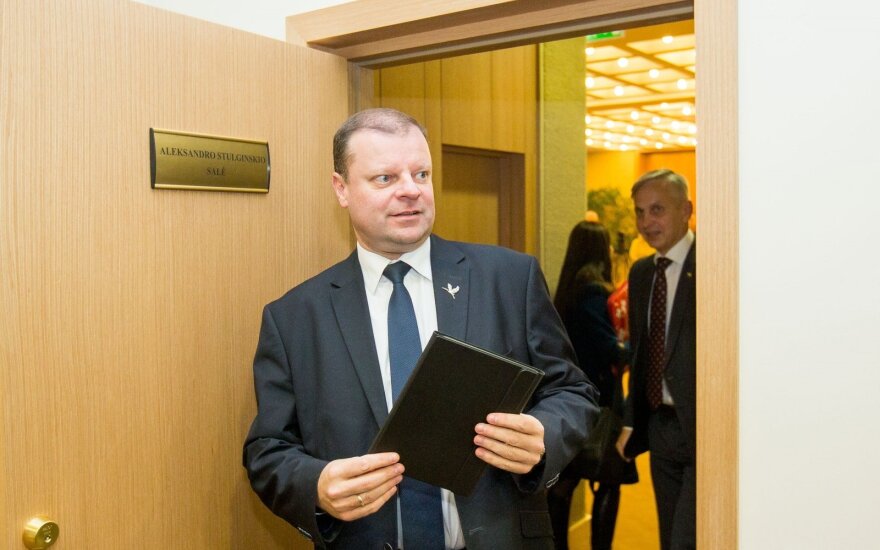 Prime Minister candidate for the Lithuanian Peasant and Greens Union (LVŽS) Saulius Skvernelis spoke on the Alfa Savaitė show, sharing his thoughts about the party’s position and principal expectations for the future coalition, as well as the perspectives for the Social Democrats (LSDP), who lost the confidence of the nation, to renew themselves and the role of the President in forming the ministerial cabinet.

Skvernelis revealed that his still has hope for gathering a broad coalition in Seimas and that he respects the positions of both potential coalition partners, the Conservatives (TS-LKD) and the Social Democrats, equally, despite their differences. He also mentioned the political emotions that surfaced after the first round of elections, which made party interactions more difficult. Nevertheless, the politician believes that when forming a coalition it is better to look at not only the political left, but also the right, thus it may still be too early to say that the Conservatives will definitely not participate.

At the same time, the LSDP’s decision to begin negotiations was received positively, as a decision which exceeds party interests. According to S. Skvernelis, despite the loss of confidence in society, the Social Democrats have valuable political experience and he can see young, not discredited and professional politicians in their party. The “Peasant’s” goal, according to the potential PM is to gather a larger coalition than just 73 members; the party is also ready to welcome smaller parties and individual politicians.

Skvernelis was inclined to dismiss talks of a future ministerial cabinet and first tasks, stating that first the contours of the new coalition need to become clearer and stressed the importance of the President’s views. He identified cooperation between branches of government as essential and criticised the unconstructive relations held between institutions lately.