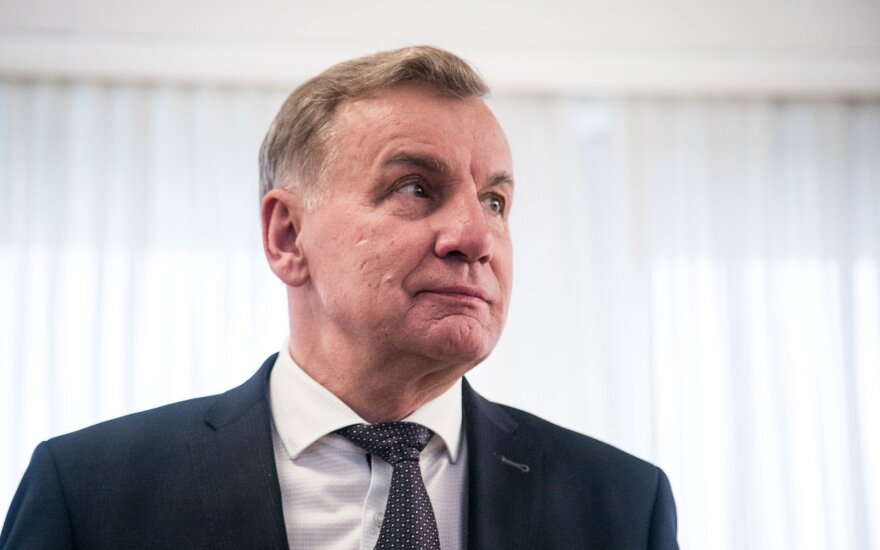 Leader of the Social Democratic Labor Party of Lithuania's political group in the parliament and chairman of the parliamentary Committee on Economic Affairs, Sinkevicius, 68, was presented as a candidate to President Gitanas Nauseda. He served as transport minister in 2012-2016.

"The key tasks for the candidate include the mitigation of the pandemic-induced consequences and the stabilization of the situation, faster implementation of the INVEGA measures, and the execution of planned measures by the set deadlines," the government said in a statement.

According to the government, "the ministry is also tasked with effectively promoting economy and investing strategically, taking advantage of the opportunities provided by the pandemic", as well as "paying more attention to the tourism sector".

Under the Constitution, ministers are appointed and dismissed by the president upon the prime minister's nomination.

Nauseda is set to meet with the candidate at 1 p.m., according to the presidential engagement schedule.

The position of economy and innovation minister has been vacant since December when Virginijus Sinkevicius assumed the position of a European commissioner.

In February, Nauseda rejected Lukas Savickas, an adviser to the prime minister, as a candidate for the position.