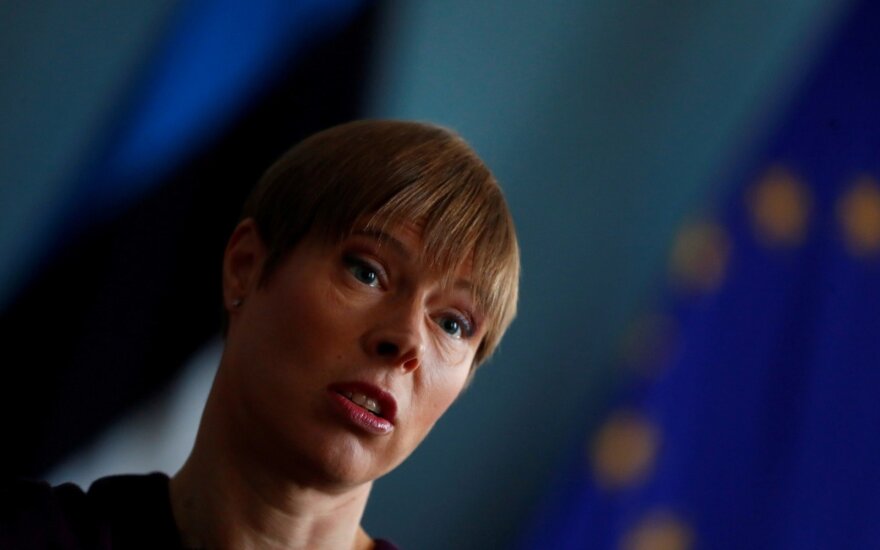 Skvernelis says this is an opportunity for Estonia to voice its position and the position of the EU as a whole regarding Russia's violations, but he sees no need for Lithuanian leaders to pay a visit to Moscow.

The Kremlin confirmed on Wednesday that preparations were underway for a meeting between Putin and Kaljulaid during the Estonian president's visit to Moscow on April 18.

Related articles
Lithuanian court to issue ruling in trial of man accused of spying for Russia
How Lithuanian defense minister became a target: cyber and fake news attack was just the beginning  (8)

The Estonian president's office has told BNS that this is normal diplomatic practice and that the two heads of state will have enough topics to discuss.

Skvernelis sees the planned meeting as an opportunity for Kaljulaid "to voice, in a clear and courageous manner, the common position of the European Union and Estonia on Russia's behavior, sanctions (and) international law violations", and to remind the Kremlin of her country's interests.

The prime minister said he does not currently see "the need and necessity" for a visit by Lithuanian leaders to Moscow.

"If there were real situations and threats to our people, everything could be considered in order to protect ourselves as the state and the interests of our people. But today I do not see such a need as far as the situation in Lithuania is concerned," he told the radio station.

Chief of Defense of Poland Lieutenant General Rajmund Andrzejczak, currently on a visit to Vilnius,...