BNS
aA
Lithuania's Social Democratic Prime Minister Algirdas Butkevičius sees no obstacles for Interior Minister Saulius Skvernelis to continue working in his government, despite Skvernelis' recent announcement that he will run for parliament with the Lithuanian Peasant and Greens Union. 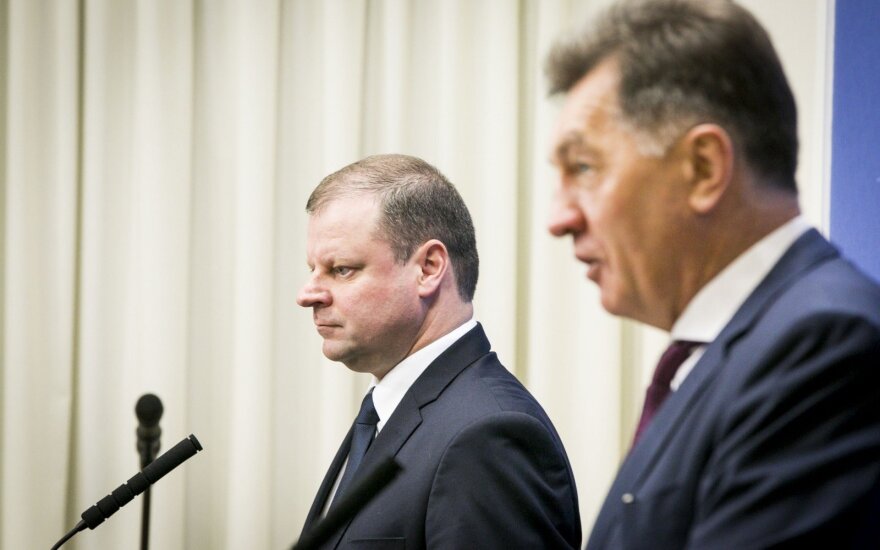 Leader of the Order and Justice party, which has delegated Skvernelis to the post, has said it would be fair for the minister to resign after joining ranks with another party.

Asked whether Skvernelis could continue working in his government, the prime minister told BNS on Thursday: "I believe he can."

The prime minister noted that Skvernelis would run for parliament with a non-parliamentary party that is not part of the opposition.

"The Lithuanian Peasant and Greens Union is really a non-parliamentary party and it's not part of the opposition, and I think we will sit down with (Order and Justice party leader) President Rolandas Paksas and the minister, if needed, and I hope we'll find a way to continue working," the prime minister told BNS by phone from China.

Paksas told BNS earlier he planned to meet with Skvernelis on Thursday and discuss his future as interior minister.

Skvernelis was appointed interior minister in the autumn of 2014.

Paksas later said it would be "fair and decent" for Skvernelis to resign as he was delegated by the Order and Justice party. Meanwhile, Skvernelis responded that he would only resign if the prime minister were unhappy with his performance.

Paksas calls on Interior Minister to step down after joining Greens

Rolandas Paksas , leader of the Order and Justice party has called on Interior Minister Saulius...

With a slow but steady rise in their poll ratings, the Peasant and Greens Union have been seen by...