BNS
aA
MP Ingrida Šimonytė and diplomat Vygaudas Ušackas said on Monday they would seek the nomination as the Homeland Union–Lithuanian Christian Democrats' candidate in next May's president election. 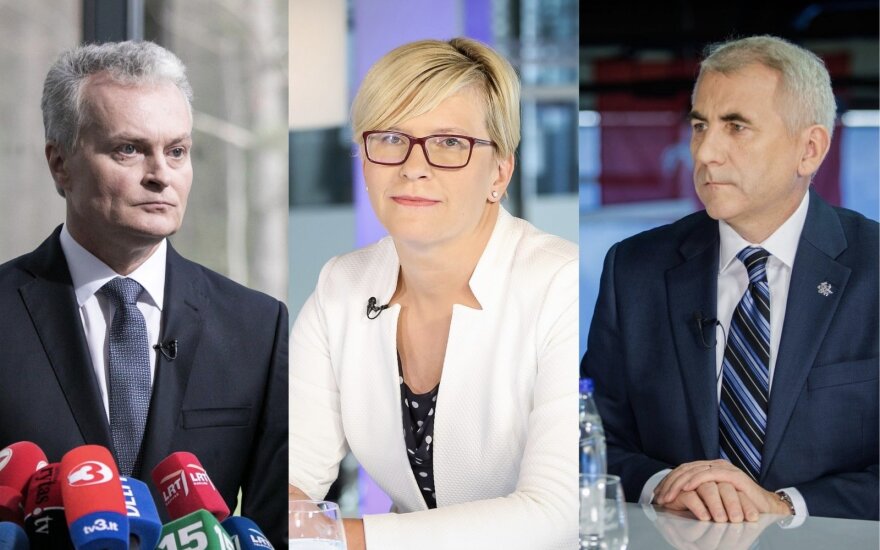 Economist Gitanas Nausėda announced on the same day that he would not stand for the conservative party's primaries and would instead run for the Lithuanian presidency as an independent candidate.

Šimonytė said she had not had the ambition to run for president, but "huge support both within the party community and from people who are not related with the party in any way has made me change my mind".

"Rejecting or ignoring that support would have been arrogance on my part. I think these people expect a different sort of politics -- more open, more sincere and more respectful perhaps -- from me. Let the voters decide whether or not I can fulfil these expectations," the former finance minister told reporters.

"It's only agreement to run in the primaries. That doesn't mean I'll win the nomination," she added.

Šimonytė is part of the TS-LKD political group in the Seimas, but she is not a member of the party.

The 43-year-old said that if elected Lithuania's president, she would try to bring politicians together for common cause and seek long-term agreements not only in defense, but also in health, education and social protection, adding that she could imagine herself working with "almost everyone".

Thirty-seven TS-LKD branches have nominated Šimonytė for the primaries, more than any other candidate.

Ušackas said he was looking forward to debates with other candidates about the future of the state.

The former foreign minister said he respected Šimonytė's competence in the field of finances, but added that his experience as a diplomat gave him some advantages, too.

"I have this competence and leadership. I hope people will appreciate it, and I believe I can win," he told reports.

Ušackas said he would unveil on Tuesday his "Breakthrough Economy" plan for accelerating Lithuania’s economic growth.

The diplomat said he was sorry about Nausėda's decision to withdraw from the race for the conservative party's nomination.

Nausėda announced his decision to run as an independent candidate in a public letter.

"I am honest and open to all voters. Therefore, I am choosing the more difficult path of an independent candidate not only declaring but really, consistently and patiently seeking support from people with different views and social statuses," the former advisor to the president of SEB Bankas, said on his Facebook page.

TS-LKD chairman Gabrielius Landsbergis welcomed the decision by Šimonytė and Ušackas to run for the party's nomination, adding that the primaries would be held in early November.

Nausėda will not take part in Lithuania's TS-LKD primaries

Financial analyst Gitanas Nausėda on Monday announced his decision not to take part in the...

Ingrida Šimonytė. I have hope for different politics