BNS
aA
Vilnius Mayor Remigijus Šimašius has announced plans to resign from the position of the Liberal Movement's leader. 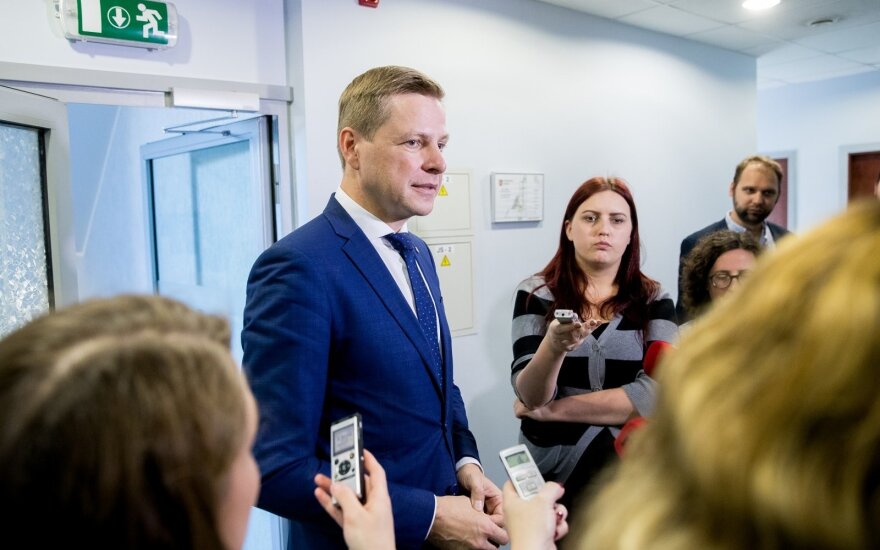 "I believe that the party needs to sooner hold elections to elect a leader. Until the election, I will decide whether I will run for it. For now, my decision is to step down from the post of the party's chairman," Šimašius said in a Facebook post on Friday afternoon.

Elder of Seimas' Liberals: Šimašius should not have resigned

Eugenijus Gentvilas, the leader of the Liberal Movement's group in the Lithuanian parliament, says that the party's chairman Remigijus Šimašius should not have resigned. He also said that the decision just before the party's board meeting came as a surprise.

"This caught me by surprise, as we had a telephone conversation with Remigijus yesterday, no emotions, I just thought that yesterday's statement in the press about him considering resignation was taken out of the context but it turned out that's what he was really thinking about," Gentvilas told BNS.

Gentvilas, first deputy leader of the Liberal Movement, also said that Šimašius' suggestion for MEP Petras Auštrevičius to take his post on a temporary basis until the party's congress had been made hastily. In Gentvilas' words, such things are decided by the party's bylaws, not "what Šimašius wants."

According to the party's bylaws, the first deputy chairman takes the post of the party's leader, in this case – Gentvilas.

He said Simasius had followed the steps of Vitalijus Gailius, Petras Auštrevičius and Marcijonas Urmonas stepped down from deputy leaders of the Liberal Movement on Thursday.

The council of the Vilnius unit of the Lithuanian Social Democratic Council decided to continue...

The 45,336 euros in the costs of the training organized by an Institute of Applied Politics owned by...