Šimašius not to run for Lithuania's Liberal Movement chairman

BNS
aA
Vilnius Mayor Remigijus Šimašius, the former leader of the Lithuanian Liberal Movement, has confirmed he would not run for the Saturday's election for the party's leader. 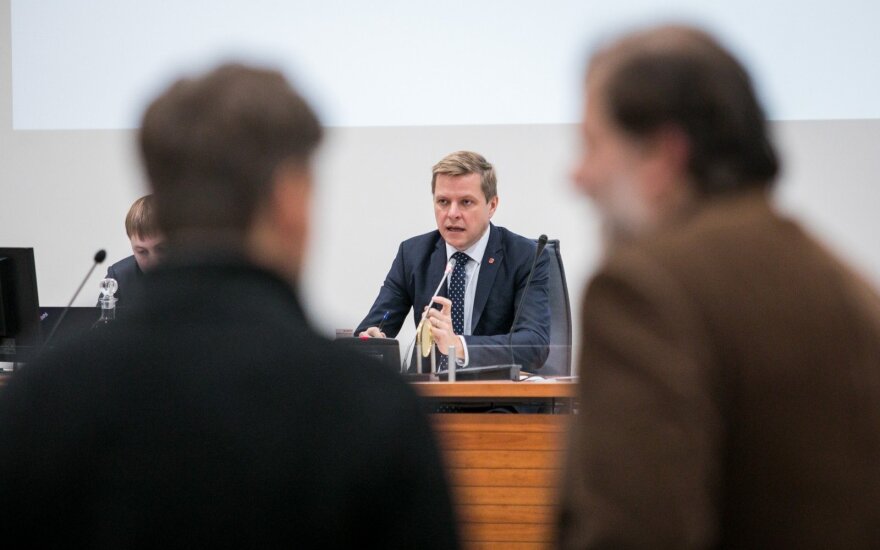 His position was communicated to BNS by Aleksandras Zubriakovas, his spokesman at the Vilnius municipality. BNS was unable to reach Šimašius in person.

Šimašius notified his colleagues about his decision in a letter. According to the message, he took over the helm of the party "at the most difficult time" and dedicated much time to the party after the corruption scandal to enable it to "make the best performance in history" in the 2016 parliamentary elections. He said he wanted to focus on the work in Vilnius, criticizing the party for lack of courage in defending Liberal ideas.

"It seems to me that the Liberals will face difficult times. Not because of someone accusing someone, not because of the shadow of the mistakes made by former party members. It is because the Liberals currently have too little courage to be Liberal, too little responsibility to be able to work in a persistent, focused and undistracted manner. It is because we divide and share too much, we look too much at the successful and tend to excuse the lazy and the cowardly, furthermore, we overestimate authority," said Šimašius.

"I wish you to elect a chairman who would put the idea of freedom above the strife to be liked, someone whose hand and voice would not shake when he has to stands up against the majority that lacks restriction of freedom, who would put a common goal above personal sores, and uses focus and constructiveness as daily practice rather than just words," said the former leader of the Liberal Movement.

Aušrinė Armonaitė: It is most important to keep the liberal political content

Council of the Vilnius City Municipality on Tuesday dismissed Alma Vaitkunskienė as...