BNS
The northern Lithuanian city of Šiauliai has announced plans to dismantle a monument to Soviet soldiers on its central square. 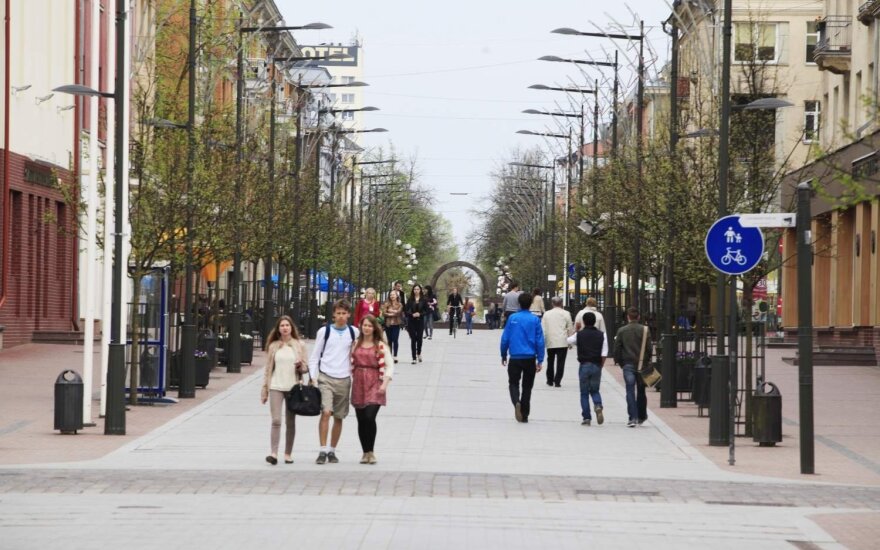 Russia's representatives have said that the removal of the so-called obelisk would belittle the memory of the soldiers.

Siauliai Deputy Mayor Domas Griškevičius says five tombstones with soldiers' names on them will be lowered and the monument will be dismantled.

"By observing all the traditions of respect, the five tombstones will be lowered and the obelisk, naturally, will be removed," the politician told BNS.

The part of the square where the Soviet soldiers' graves are located will be designated as an area of calm, he added.

The city this week signed a 6.5-million-euro contract with Šiaulių Plentas, a local company, for the renovation of most of the square.

The project does not include the area with the graves, but the local authority plans to launch in the near future a public procurement procedure for that part of the square as well.

Russia has said that it is ready to contribute financially to repairing that part of the square, but on condition that the appearance of the obelisk is not changed. It has called plans to dismantle the monument "uncivilized".

However, the authorities in Šiauliai say that Resurrection Square was renovated three times back in Soviet times and that the obelisk is obsolete.

"We do not distinguish the dead by nationality. We pay them due respect, but 27 years have passed since Soviet times and we cannot remain in the past," Griškevičius said.

"Our aim is to renovate the entire square using modern materials," he added.

Plans call for renovating the square by 2019.

Eight years ago, the Bronze Soldier of Tallinn, a memorial for WWII Soviet soldiers, was relocated...

A Vilnius court has cancelled a fine of almost 1,500 euros for an organization, named Forgotten...