Ship with US heavy combat equipment arrives in Klaipėda

BNS
A vessel bringing heavy combat equipment of the US troops deployed for combined exercises with Lithuanian military has arrived in the Lithuanian western port of Klaipėda on Wednesday. 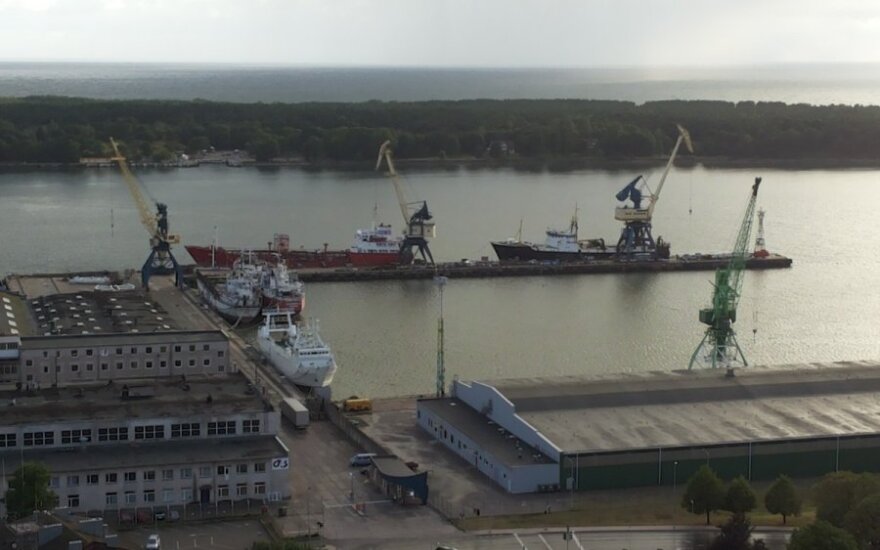 The whole equipment is set to be taken by train to Gaižiūnai Training Area in Jonava District, central Lithuania, on Friday, non-kinetic operations liaisons officer of the Staff of the Lithuanian Land Force Captain Darius Toleikis told BNS.

"On Oct 3, they will be uploaded onto a train, as far as I know, onto 11 echelons. On 3 Octpber they should move from the international seaport terminal to Rukla, the town of Gaižiūnai, and arrive in the morning of 4 October," Toleikis said.

All in all, the new American rotation will include around 160 troops from 1st Brigade, 1st Cavalry Division. Just as the previous rotation, the incoming troops are deployed in Rukla.

US contingents have been deployed in Lithuania, other Baltic states and Poland on a rotation basis since April in response to Russia's actions in Ukraine.

A ship carrying heavy military equipment of US troops will dock at the Lithuania seaport of Klaipėda...

Up to 100 Lithuanian soldiers to serve in Afghanistan next year

Up to 100 Lithuanian soldiers will serve in the NATO mission in Afghanistan next year, training...

Lithuanian soldiers see off third rotation of US colleagues

The third rotation of troops from the United States Army in Europe's 173rd Airborne Infantry Brigade...