Shall we live in a Eurasian empire of woman haters?

Dalia Leinartė,
www.DELFI.lt
aA
Vladimir Putin, Russian politicians and some intellectuals keep talking about the “Russian world” and readiness of the country’s armed forces to defend the Russian population in any country. It is worth remembering that before the Bosnian war (1992-1995) and the mass killings of Bosnian Muslims and Croats, Radovan Karadžić also spoke of Serbia’s interests not only in countries with the Serb minority, but also in those with only Serbian graves 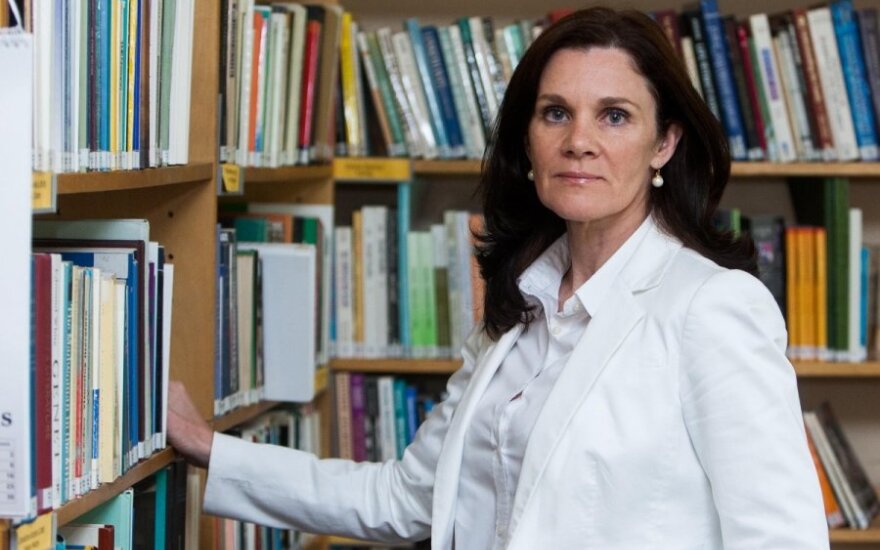 Therefore, in the wake of Russia’s aggressive policy, it is very important that the Lithuanian political parties have committed themselves to increase the funding for national defence up to two percent of the gross domestic product (GDP), as required by NATO, until 2020. This agreement is particularly timely, especially when strategists such as Zbigniew Brzezinski call for a review of obligations of NATO to its member countries if the latter fail to fulfil their commitments to NATO.
Undoubtedly, in case of military aggression two percent of GDP for national defence will be insufficient. Our only salvation is implementing strategies aimed at the strengthening of the human capital in Lithuania – particularly the focus on European values and affirmation of human rights as the only way to pose a counterweight to the values promoted by the Eurasian project.

For several years Russian media have been forming a radical and conservative view on a woman’s role in the patriarchal family and society. Recent months have shown that the attitude of the “Russian world” on women’s rights and gender equality may be called an open fascist propaganda. For example, in an interview a famous Orthodox priest Aleksei Moroz was referring to the “real” Russian’s approach to the history of women and gender policy. The priest was enraged by the Women’s History and Gender Studies Conference to be held in September this year, which is organised by several Russian state universities and research centres, as well as N.N. Miklukho-Maklai Institute of Ethnology and Anthropology, the scientific library of the Ryazan region and the Russian Women’s History Association. In the interview Moroz stated that “gender” is the conspiracy of Satanist Europe legitimising paedophilia, bestiality, “gay marriages” and degeneracy. Those western values, according to Moroz, must be eliminated as acting through women’s history studies and/or gender equality they seek to destroy the Russian nation. The priest called for a boycott of the conference and public identification of the organisers, and, if fruitless, suggested arranging a picket.

On 14 May Novocherkassk City Court ruled that a local non-governmental women’s organization “Women of the Don Region” is to be recognised as a foreign agent. Operating since 1993, the organization aims at the protection of women’s rights in the political and economic discourse. One of the main prosecutor’s charges against the organization was the fact that the women have received scholarships from the United States and the European Union. Currently, the defence of the organization members is undertaken by “Memorial”, a well-known human rights, educational and historical society.

Misogyny, patriarchy and the fight against women’s rights and gender equality are among the counter measures of Putin and the “Russian world” against Europe. This virtually winning hand of the Russian patriarchal society is a perfect ideological unifier for the Eurasian empire. Meanwhile, the disregard for women’s rights and gender equality in Lithuania strikes at the foundation of human rights and acts as a fifth column. Obviously, this position weakens the European values and opens the gates for the “Russian world” ideology.

The division between the two mind sets is further embedded by any signs of debasement and ignorance of human rights. This is not an area where you can thoughtlessly demonstrate your wit and fresh ideas. In Lithuania’s public discourse, a lawyer, being an active author who frequently publishes interesting articles, has wondered that feminists substantiate their views with international documents, such as the U.N. Convention on the Elimination of All Forms of Discrimination against Women (CEDAW) as well as rulings and decisions of the European Court of Human Rights. They do indeed. They also follow the 2020 strategy which aims at ensuring a uniform, fully-fledged and effective participation of women and men in the labour market, decision-making and other areas of life as the basis for Europe’s economic growth and competitiveness. Bear in mind that the Eurasian project does not embrace any similar principles.

Women’s human rights are universal and are ensured by international standards, which have been binding for Lithuania since 1995. However, the understanding hereof seems to be lacking as a new Equal Opportunities Ombudsman has not been appointed yet, and a couple of months before the presentation of Lithuania’s regular report on the implementation of the U.N. Convention on the Elimination of All Forms of Discrimination against Women (CEDAW) in the U.N. Office at Geneva, the long-term Government’s programme on Equal Opportunities was unexpectedly changed by an ordinary “action plan”. The message here is simple: Lithuania has more important issues on the agenda than women’s rights and gender equality. But are they really secondary problems, especially if we want to be a part of the western, rather than the Eurasian-type empire?