BNS EN
aA
The Lithuanian parliament on Tuesday started discussions on the Labour Party's proposal to reduce the number of members of the Seimas to 111, from the current 141 members. 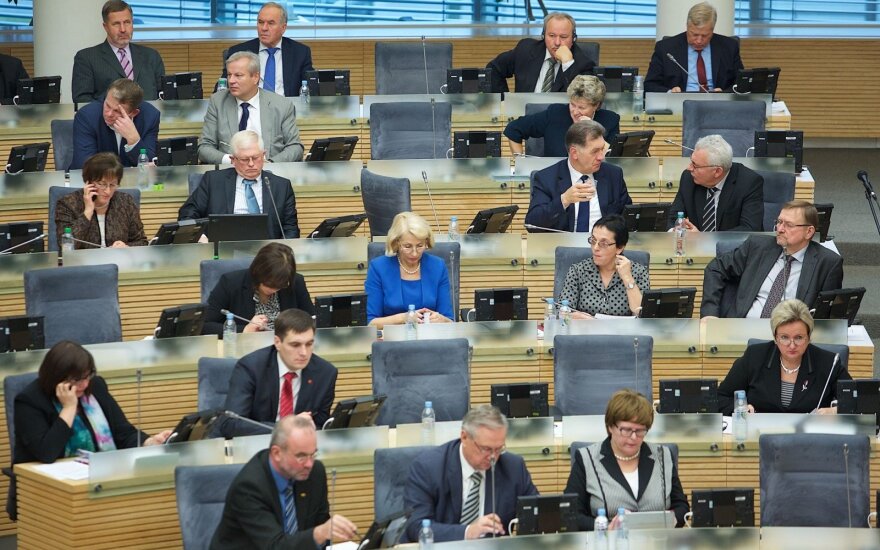 The draft amendment to the Constitution passed the first reading in the Seimas with 66 votes in favor, four against and 15 abstentions and will be now discussed at parliamentary committees.

Valentinas Bukauskas, chairman of the parliament's Committee on State Administration and Local Authorities, called on the current parliament to launch debates on this issue, with a final decision to be adopted by the next one.

"Starting (discussions) on the constitutional amendment would be a logical thing to do for the outgoing parliament," the Labour Party MP said while introducing the proposal.

Lithuania currently has a population of 2.862 million, down by almost 23 percent from 3.706 million in 1992, when the Constitution, which sets the number of members of the Seimas at 141, was adopted. Therefore, the number of lawmakers should be reduced by a similar percentage, Bukauskas said.

If the amendment were passed, it would take effect in 2020.

The Lithuanian parliament's Law Department is critical about the ruling Peasant and Green Union's...