BNS
Lithuania's Parliamentary Speaker Viktoras Pranckietis on Friday urged Vigilijus Sadauskas , ombudsman for academic ethics and procedures, to step down amid allegations of anti-Semitism after he proposed a reward for a research thesis about Jewish crimes in the 1900s. Sadauskas plans to stay on. 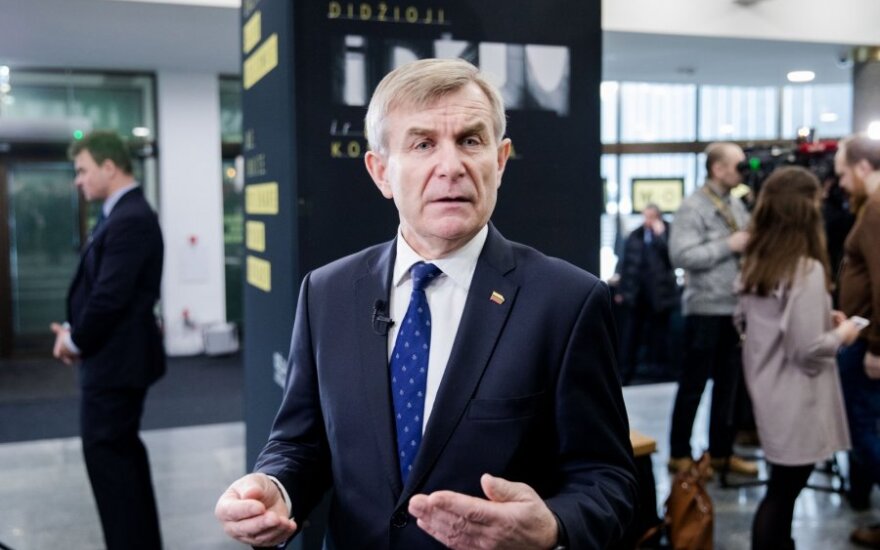 In the parliamentary speaker's words, the ombudsman "failed the examination of neutrality."

"He did not pass the test of neutrality to keep his position above a citizen's strive to take part in processes," the parliamentary speaker told journalists after the parliament's board met with Sadauskas on Friday morning.

"I am convinced he should resign," said Pranckietis.

The Seimas board authorized the parliament's Education and Science Committee to scrutiny the ombudsman's actions.

The ombudsman's of academic ethics and procedures is appointed by the whole parliament after proposal from the Lithuanian Research Council.

In a blog entry, Sadauskas offered 1,000 euros "to a school student, a university student, a postgraduate student, a teacher or a scientist who will collect information, documents, materials and write a thesis (at least 10 printed pages) or a publication about individuals of Jewish nationality who killed people, contributed to deportations or tortures."

"If you are a free man, you can offer anything you want. Offer money, collect, etc. However, an ethics ombudsman is a hierarchy of state institutions," said the politician.

The ombudsman said he had no plans of stepping down, adding he had not insulted anything.

"A person steps down, if he has done something wrong, negative or bad. (...) I do not think I have insulted, harmed or humiliated anyone," said Sadauskas .

He said the idea of paying money for a research on crimes committed by Jews was born after a discussion on his blog about collective responsibility of nations for actions of a few members.

"Then the question emerged – why is this treated this way? If one or a few Lithuanians participated in the killings, the entire Lithuanian nation can be titled as Jew killers. If the question is that a few Jews also fired shots, why is it considered that all Jews killed Lithuanians?" asked the ombudsman.

Faina Kukliansky, the leader of the Community of Jews in Lithuania, dismissed the ethics watchdog's actions as anti-Semitism.

"We cannot ignore the side that responds in the most sensitive way," said the parliamentary speaker.

Authorities in Šiauliai say that will wait for foreign rabbis' explanation on whether they can...