BNS
aA
Lithuania's Parliamentary Speaker Viktoras Pranckietis has pledged to seek ways to repeat the vote in the impeachment of MP Mindaugas Bastys that came a few votes short on Tuesday. 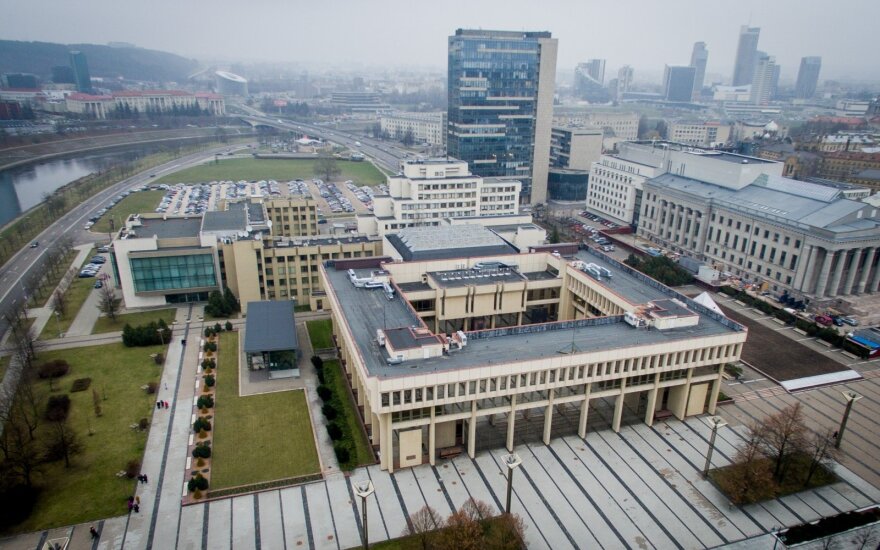 "We will do everything to repeat the vote. People are talking about failure to understand, people are saying there were nobody against, so they must have been misled or something. It seems there are problems," he said.

In an interview to Žinių Radijas news radio on Wednesday morning, Pranckietis said he would hold a meeting with heads of parliamentary groups later in the day.

Pranckietis said the vote on Bastys' mandate should be open, adding that the parliament's Statute does not stipulate clearly that ballots on revocation of MP mandates should be secret.

In a secret ballot on Tuesday, 72 of Lithuania's 141 lawmakers voted in support or revoking Bastys' mandate, while 21 were against and 24 abstained. Removal of a mandate requires at least 85 votes.

The Constitutional Court has ruled that the lawmaker grossly violated the Constitution and breached the oath by concealing his ties with Piotr Voyeiko, a former KGB agent.

Bastys denies having breached the Constitution, saying that he did not deliberately conceal anything and merely made a mistake in the security questionnaire.

Bastys faced impeachment over his ties with certain individuals named in intelligence materials, including Yevgeny Kostin, who is seen as a representative of Rosatom, Ernest Matskevich, a journalist of the Russian state channel RTR, Saturnas Dubininkas, who is said to be a former Kaunas mafia leader, and Vadim Pakhomov, a businessman suspected of illegal activity. The actions date back before November of 2016, the date of Bastys' latest oath as an MP.

Ramūnas Karbauskis , the leader of the ruling Lithuanian Farmers and Greens Union , has accused the...

The largest opposition groups of the Lithuanian parliament have dismissed the parliamentary vote,...

Officers of the Lithuanian State Security Department were satisfied with a verbal answer from...

Lithuanian MP Mindaugas Bastys who survived an impeachment on Tuesday has not yet said whether he...

Seimas shamefully discredited itself by keeping Bastys as MP - president

The Lithuanian parliament shamefully discredited itself by keeping the MP mandate for the impeached MP...

PM: Bastys' membership in ruling bloc out of the question

Participation of MP Mindaugas Bastys who survived an impeachment vote on Tuesday in the ruling...