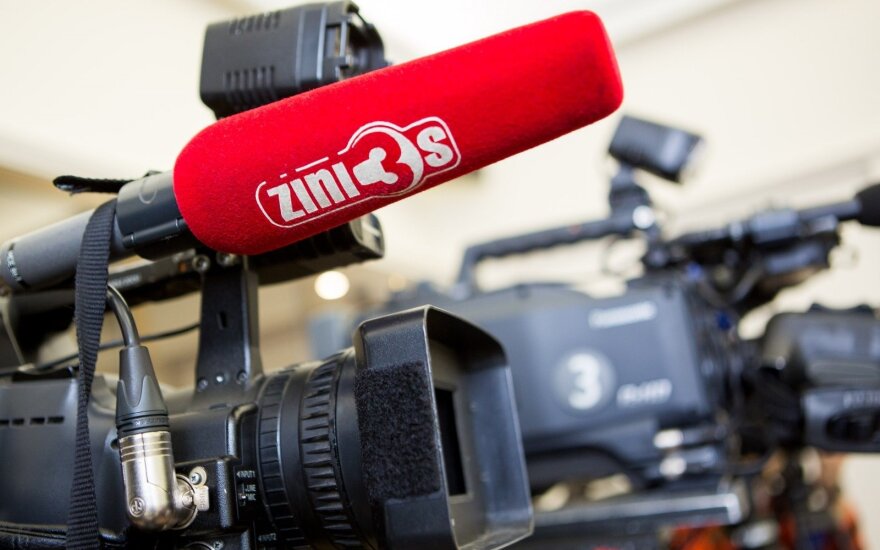 "In the media field, we are alarmed by the sale of TV3. We spoke about who could be the future owner," the parliament's leader told journalists after the meeting.

In his words, ownership may have an impact on the content of the TV channel.

"This may be an early concern. As soon as there were media reports about the plans to sell it, of course, we started thinking about the potential buyers," said Pranckietis.

Jauniškis, the security chief, also said that the future TV3 handover was alarming.

"The main thing is who the investors are, we want to avoid influence from the East," he added.

Related articles
Kremlin‘s mouthpiece found a way to reach non-Russian speaking Lithuanian youth
Vaišnys: Russian propaganda is a part of its politics and its source – its president

Jauniškis confirmed that the State Security Department, the Defence Ministry and other institutions were increasingly actively involved in deconstruction of the misinformation from Russia. In his words, they only need to pool their efforts and have a shared stance.

"As far as I've heard, creation of the Crisis Management Center at the government is in progress. This would be the good news and a good achievement where we could focus the information, draw conclusions, deconstruct and plan our actions," said the security chief.

The media reports about the Swedish media concern's plans to sell its business in the Baltic states came in late November.

Seen as one of the most important Russia n financed propaganda channels, the news agency Sputnik...

When we talk about Russia’s propaganda machine we often imagine it as a perfectly functioning...