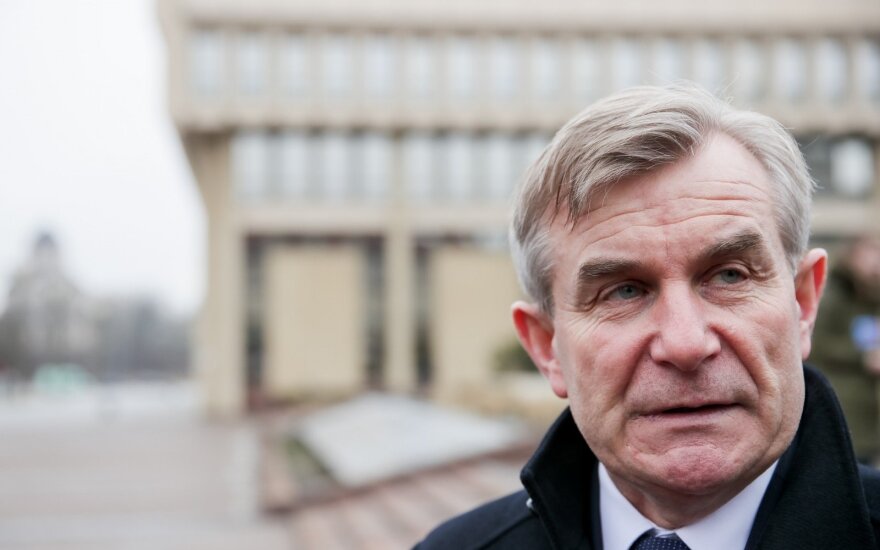 "He politely did not mention anything specific. It was a highly convenient conversation for me, as I did not have anything specific to commit to. Even during the news conference, there was a possibility to ask questions. I expected these questions, however, Karczewski did not ask any," Pranckietis told Žinių Radijas news radio on Wednesday morning after returning from a visit to Poland.

He said that the assembly of Lithuanian, Polish and Ukrainian parliamentarians gave him an opportunity do discuss strategic issues with Polish leaders, including the support to the Ukrainian struggle against Russia-supported separatists, and applaud the Polish commitment not to buy electricity from the Astravyets nuclear plant in Belarus.

Pranckietis said he did not expect Lithuania to influence Belarus on the Astravyets utility, noting that the democratic protests held in the country gave hope on possible political changes.

Lithuanian courts have handed down a few rulings, obligating migration authorities to spell names of Lithuanian citizens in passports with non-Lithuanian characters, however, the authorities have refused to do so, citing superiority of laws over court rulings. The rulings do not satisfy the claims in full, as they only allow the Lithuanian version of first and last names on the main page of the passport, with the original names included among other entries. Those seeking to have the original spelling say their rights are being violated.