BNS
aA
Speaker of the Lithuanian Seimas Viktoras Pranckietis believes Prime Minister Saulius Skvernelis will later on Wednesday not call on Agriculture Minister Bronius Markauskas to step down after he came under fire for the circumstances surrounding his family's farming. 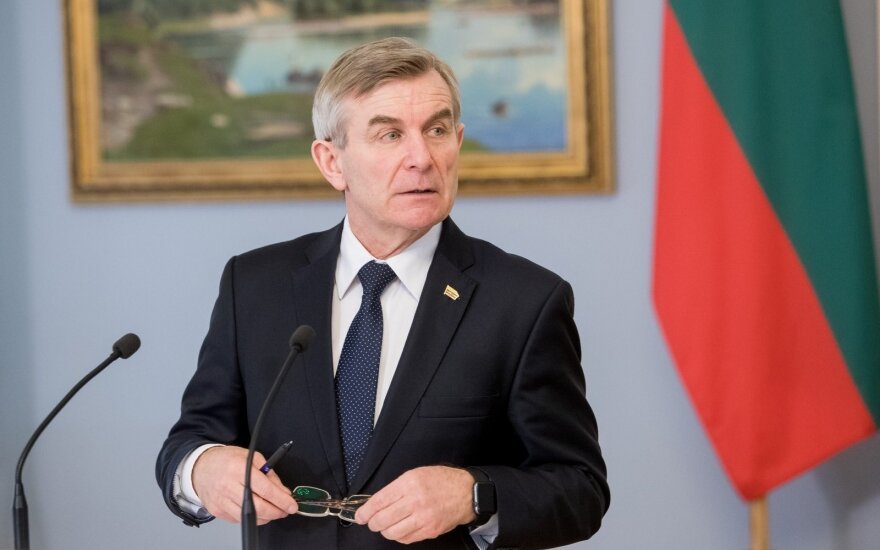 In his words, the only way to sack the minister could be an interpellation by the opposition. But the outcome of this process could probably be favorable to the agriculture minister.

The speaker believes Markauskas would probably keep his position even after an interpellation.

Related articles
Lithuania's financial crime body says won't open probe into agrimin's farming practices
War between Grybauskaitė and Skvernelis: this will cost one of them dearly

"I think people who are specialists, who work in that area, trust the minister very much. That, of course, gives confidence to Markauskas. (…) His competence allows him (to withstand a parliamentary interpellation – BNS", Pranckietis said.

Skvernelis plans to make up his mind regarding Markauskas later on Wednesday, and the agriculture minister said several times already that there's no basis for his resignation. The prime minister said he would make his decision following the law enforcement's conclusions.

FNTT said this in a response to the conservative Homeland Union–Lithuanian Christian Democrat political group in the parliament.

The agency told the opposition lawmakers that it had looked into the circumstances surrounding the farming and land declaration practices of Sofija Markauskienė, the minister's mother, checking documents and interviewing witnesses.

According to the document, while FNTT found no signs of criminal activity, it identified a case of possibly incorrect declaration in violation of the rules and will forward this information to the National Paying Agency (NPA).

NPA is currently looking into the Markauskas family's business, land lease and payments. Its spokeswoman Donata Macevičienė told BNS on Tuesday that the agency was waiting for Markauskiene to provide certain documents.

The parliament's opposition parties are planning to initiate an interpellation procedure against the agriculture minister.

Markauskas came under fire after the 15min.lt news website reported that his mother had used several plots of land without the landowners' permission and had received EU payments for that land.

The minister admits that he manages the farm, whose registered owner is his mother, under a general authorization.

He says that his family farmed that land under an oral arrangement and that their failure to formalize the arrangement on paper was an unintentional mistake.

President Dalia Grybauskaitė has called on Markauskas to resign. Prime Minister Saulius Skvernelis has said that he will make his decision after receiving law-enforcement bodies' findings.

War between Grybauskaitė and Skvernelis: this will cost one of them dearly

Lithuania’s Agriculture Minister Bronius Markauskas claims he does not receive any revenue from...

Members of the Lithuanian parliament's opposition parties met on Wednesday to discuss an...