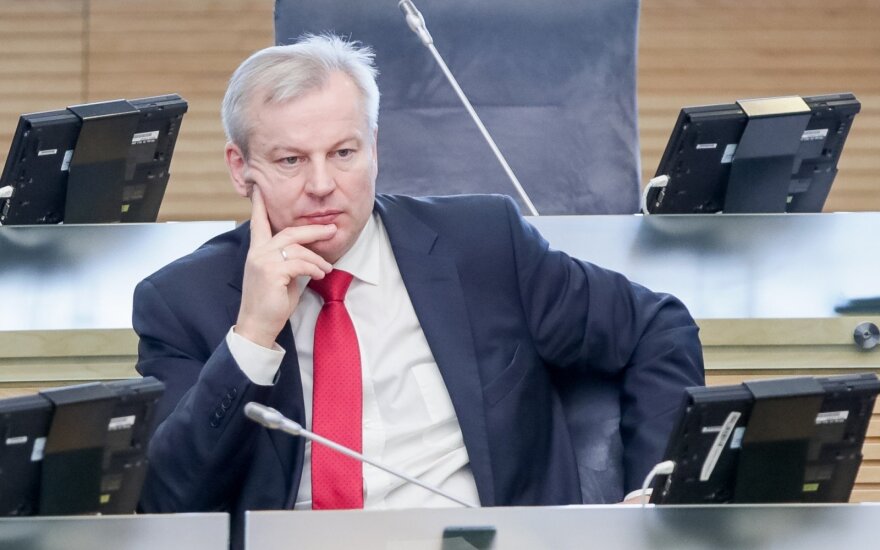 The 12-member commission's conclusion on grounds to start the impeachment process is expected by May 1. The body is headed by Darinius Guzauskas of the ruling Lithuanian Farmers and Greens Union. The bid to establish the panel was supported by 78 parliamentarians, with no votes against and nine abstentions.

Bastys faces impeachment due to his links with Russian energy companies and criminal figures, which barred his access to classified information. The impeachment is planned by the ruling LFGU and the Social Democrats. Meanwhile, the opposition suspects this is a plan to rescue Bastys by blocking their probe of the national security threats, which they have initiated on a broader scale.

The impeachment initiative emerged after the State Security Department refused to issue him a permit to work with classified information. Urged by Parliamentary Speaker Viktoras Pranckietis, Bastys has resigned from the post of parliamentary vice-speaker and suspended his membership in the Social Democratic Party, however, says he sees no grounds for giving up his mandate.

Submitted to the parliamentary speaker by the State Security Department, the materials describe Bastys' links with Yevgeny Kostin, who is seen as a representative of the Russian state nuclear energy corporation Rosatom, Piotr Voyeiko, a former KGB agent, Ernest Matskevich, a journalist of the Russian state channel RTR, Saturnas Dubininkas, who is said to be a former Kaunas mafia leader, and Vadim Pakhomov, a businessman suspected of illegal activity.

According to the VSD, these links make Bastys vulnerable and would endanger state secrets if he were given access to them.

The ruling Lithuanian Farmers and Greens Union and the Social Democratic Party are initiating...