BNS
aA
Lithuania's ruling bloc on Tuesday mustered enough votes to reject an opposition-initiated resolution accusing Prime Minister Saulius Skvernelis of restricting the freedom of speech after his office deleted the audio recording of a Cabinet meeting that discussed free access to registry data for the media. 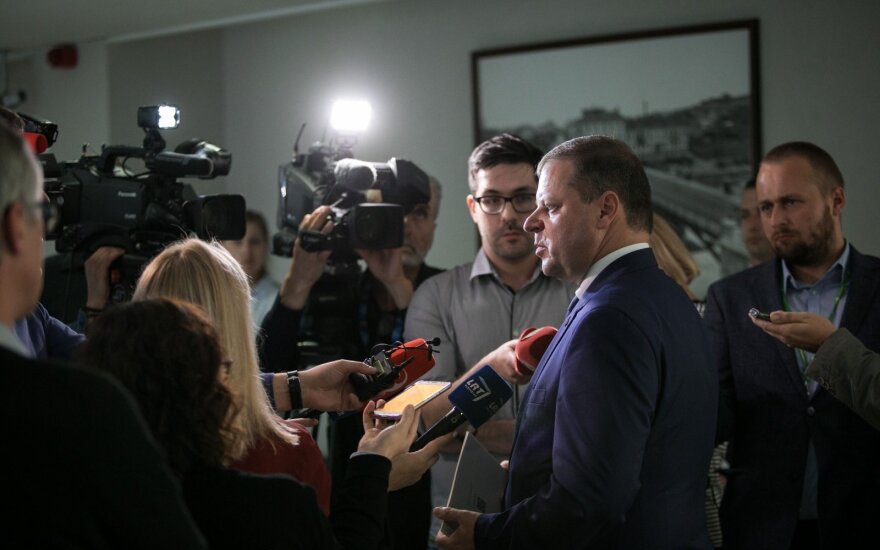 In an extraordinary sitting, 43 opposition lawmakers voted in favor of the resolution and 63 MPs of the ruling bloc voted against.

The resolution called for stating that the prime minister might have deliberately breached the constitutional provisions on the freedom of speech and the right to receive information from public authorities.

Juozas Olekas of the opposition Lithuanian Social Democratic Party (LSDP) accused the ruling bloc of making steps to restrict the freedom of speech.

"Moreover, muddled-speaking, telling untruths and insulting those who want to reveal the truth and make the true information available to the people of Lithuania is another feature we are observing here in the Seimas," he said while introduced the draft resolution before the parliament.

Olekas said the alleged restrictions of the freedom of speech reminded him of "the times of censorship".

Skvernelis was not present during the Seimas debate on the draft resolution.

The prime minister said on his Facebook page on Tuesday morning that he would not take part in the extraordinary meeting, adding that the opposition was trying to pull him into "senseless political intrigues" in the run-up to next year's municipal, European Parliament and presidential elections.

"For those who speak about the alleged restriction of the freedom of speech, let me remind you that the government has granted journalists free and lawful access to data from the Center of Registers," he wrote.

At the October 3 meeting, the Cabinet discussed amendments aimed at reopening free access to registry data for the media, but put off its decision on the matter. Journalists demanded that the audio recording of the meeting be made public, but it turned that it had been deleted.