BNS EN
Lithuania's parliament on Thursday lifted the legal immunity of the Liberal Movement's MP Gintaras Steponavičius to allow bringing him to justice for abuse. 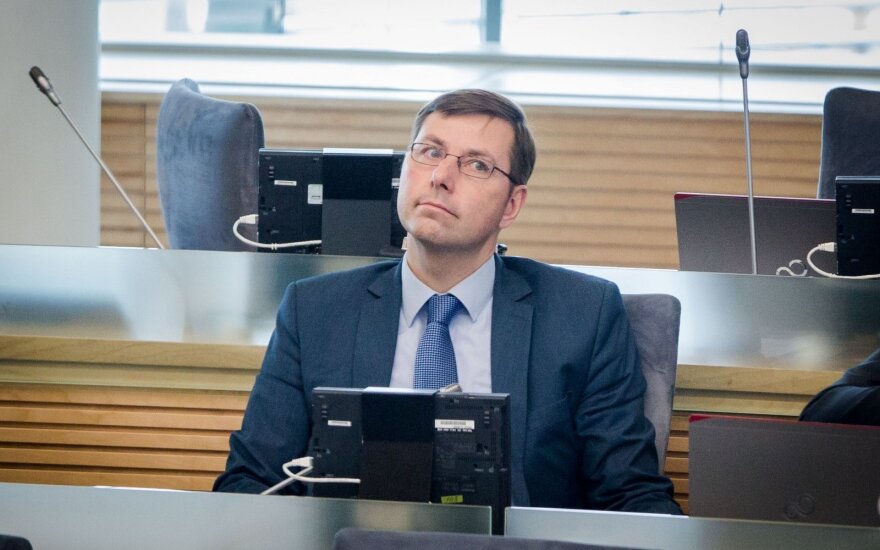 The resolution to allow legal proceedings against Steponavičius was supported by 109 of Lithuania's 141 parliamentarians, with no votes against or abstentions. The resolution required 71 votes in support.

"I am ready to defend myself in any possible way and prove that if we draw a line to say that this is already bad or even criminal, let's answer questions about the limits of operations in politics and the society in general. The suspicions formulated against me have nothing to do with corruption. My operations I have presented, argued and based on facts and verified with documents is treated as possible abuse, and this something I don't agree with," the MP told the parliament on Thursday, pledging to defend himself in legal ways.

Under the Lithuanian Constitution, an MP cannot be brought to justice or have his freedom restricted without a sanction from the Seimas.

In his address to the parliament on Tuesday, Prosecutor General Evaldas Pašilis said that Steponavičius had met with MG Baltic Vice-President Raimondas Kurlianskis to discuss illegal financing for his party and voted in favor of legislation benefiting the business group's interests, thus undermining the authority of the Seimas and disgracing the name of a lawmaker.

Meanwhile, Steponavičius denied having discussed adoption of laws, emphasizing he had only requested support for non-governmental operations.

Lithuanian prosecutors are conducted an investigation of larger-scale political corruption, which includes the episodes involving Steponavičius. In the case, suspicions have been brought against the Liberal Movement's former leader Eligijus Masiulis – he is suspected of taking a bribe of over 100,000 euros from Kurlianskis in return for acting in the concern's interest.

MG Baltic representatives have dismissed the suspicions against the group as abuse of powers and psychological pressure.

MP Gintaras Steponavičius of the Lithuanian Liberal Movement has dismissed the suspicions...