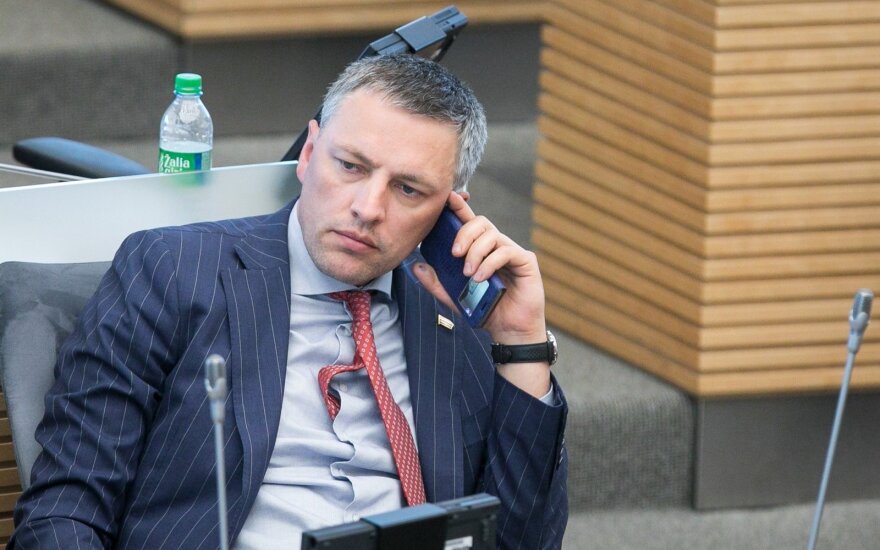 He confirmed that the investigation on interest groups' influence on politicians and officials, carried out by the NSGK and currently awaiting declassification, also covered issues mentioned in the emails but was much wider, therefore, specific circumstances wont' be investigated.

"Our investigation was much wider and will show a much wider picture," Bakas told BNS Lithuania when asked whether the NSGK would investigate the facts mentioned in the emails.

Earlier in the day, the Lietuvos Rytas daily reported that the NSGK's probe was also interested in journalist Tomas Dapkus working for a TV channel owned by MG Baltic.

Sources told the Lietuvos Rytas that Dapkus, having close relations with MG Baltic owners, is mentioned in the parliamentary probe as one of the key figures between politicians and businessmen.

Based on the extracts of emails published by the Lietuvos Rytas, the president and the then liberal leader discussed candidates for prosecutor general. Grybauskaitė allegedly wrote that LNK TV channel's journalist Tomas Dapkus "speaks nonsense" about Evaldas Pašilis and suggested "giving regards" to Darius Mockus, president of MG Baltic that owns the TV channel, telling him "to take his hound away".

In an interview with the LRT public broadcaster, Grybauskaitė said that "unfortunately, there are journalists who are becoming a tool for or a representative of interests groups, lobbyists" and "cross the ethical borders of journalism".

Bakas says the committee's probe covers interest groups' unlawful, non-transparent and undeclared influence on political processes, institutions, including the appointment of their heads, cases of covered-up funding of political campaigns. But he refrained from revealing whether MG Baltic and Dapkus are mentioned in the conclusions.

"I can confirm that we have identified various interest groups that have had this influence and tried to benefit at the expense of the state and failed to declare it. We have also identified cases when politicians were also involved. And not only the prosecution service came under that influence, it was not the only institution. The interest groups wanted to have "own people" among prosecutors, judges and in other state institutions. We will publish everything we'll be able to publish, and those bits of information should not be evaluated yet," Bakas said.

The president told LRT she expects the NSGK probe to reveal „more ties“ and identify people who tried to influence lawmakers as well.

"I really hope this festering, this bubbling will be very healthy as many things will come out and we'll be able to see new faces, new positions and new interpretations. We'll know whose doing what really and what their real interests are," Grybauskaitė said.