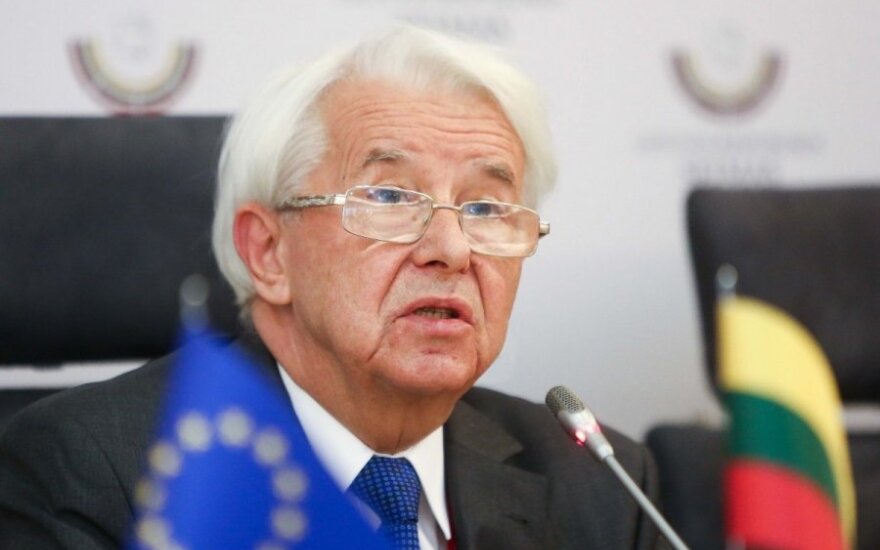 "Our country's wishes were bigger compared to the results of the Riga summit," he told journalists on Monday.

Lithuania had expected that Eastern Partnership countries would be given a clear EU membership perspective and Georgia and Ukraine would receive guarantees for a visa-free regime, Juodka said.

"When sending our minister, we asked him to tell the Foreign Affairs Council that Lithuania wants not a European perspective but an EU membership perspective for Eastern Partnership countries," he said. "We also had a stronger position on visa liberalization for Georgia and Ukraine, especially for Georgia."

Related articles
President Grybauskaitė: Some countries would like Europe to be "a tea club"  (1)
EU promises to Eastern partners are sufficient, Lithuanian president says  (1)

Meanwhile Gediminas Kirkilas, chairman of the Seimas Committee on European Affairs, said it was clear before the summit already that the EU was not inclined to make specific decisions on Eastern Partnership countries.

"Not so much on Eastern Partnership countries but on the EU itself as it is not ready to expand," he said.

The Latvian capital of Riga hosted the Eastern Partnership summit last Thursday and Friday. It final declaration acknowledges "the European aspirations and European choice of the partners." Western and Southern European countries, however, rejected proposals to give the countries an EU membership perspective.

President Grybauskaitė: Some countries would like Europe to be "a tea club" (1)

Some countries would like to see the European Union as "a tea club" that does not make any...

Lithuania's President Dalia Grybauskaitė says that a lot has been achieved since the last summit of...