BNS
The Seimas violated its Statute when it adopted an amendment to the budget bill that allows the state to borrow money to provide funding to new political parties, the parliament's Commission for Ethics and Procedures said on Wednesday. 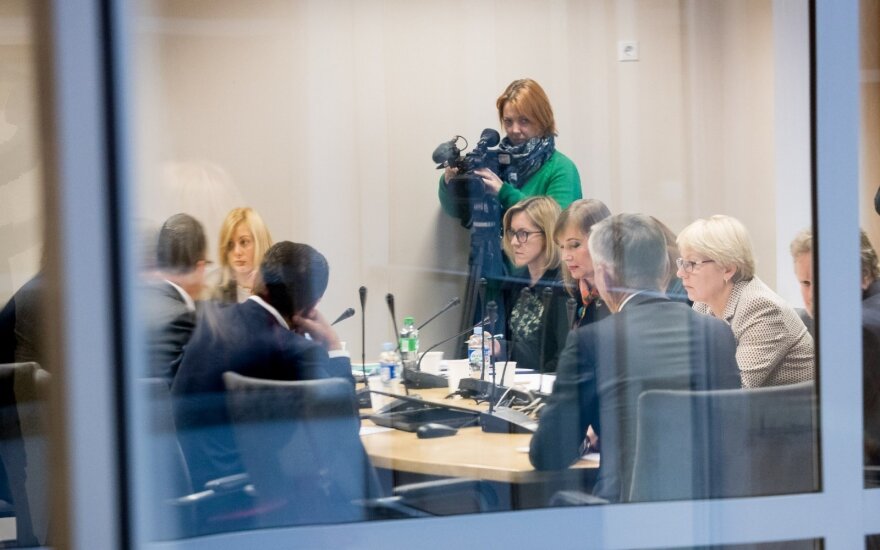 Rita Tamašunienė, chairwoman of the commission, said the decision would have no real consequences after the bill had been sent to President Dalia Grybauskaitė, but it would prevent similar violations from occurring in the future.

However, Gabrielius Landsbergis, leader of the opposition Homeland Union–Lithuanian Christian Democrats (TS-LKD), called on the president to veto the bill because of the procedural violation.

According to Tamašunienė, the parliament violated the Statute by failing to ask for the government's opinion on the budget amendment.

Landsbergis said his party would turn to the Constitutional Court over the violation of the rule of law if the president signed the bill into law.

The budget amendment, which was adopted by the Seimas last Thursday, allows the state to borrow money to meet its NATO commitments and to provide funding to newly-established political parties.

Daiva Ulbinaitė, the president's spokeswoman, told BNS Grybauskaitė would decide on Friday whether to sign both the budget amendment and a bill opening the way for the Lithuanian Social Democratic Labor Party (LSDDP), the minor ruling coalition partner of the Lithuanian Farmers and Greens Union (LVŽS), to receive a state subsidy.

If the amendment takes effect, the LSDDP, which was founded earlier this year and has not participated in any elections, could get a state subsidy of over 200,000 euros.

Opposition politicians criticize the amendment both for linking defense funding to party funding and for being adopted in a haste.

The Seimas of Lithuania on Thursday adopted amendments to the law on party funding, thus paving the...

Plans leak on how the Conservatives could defeat the “Farmers”: what is to be done in public and what in secret

Lithuanian President Dalia Grybauskaitė has vetoed amendments to the law on party funding and...