Seimas board prevents 2 conservative MPs from speaking at Krynica forum

BNS
aA
The Lithuanian parliament's board refused to give the green light for two conservatives MPs, Rasa Juknevičienė and Audronius Ažubalis, to travel to Poland to make speeches at the Krynica Economic Forum in Poland. 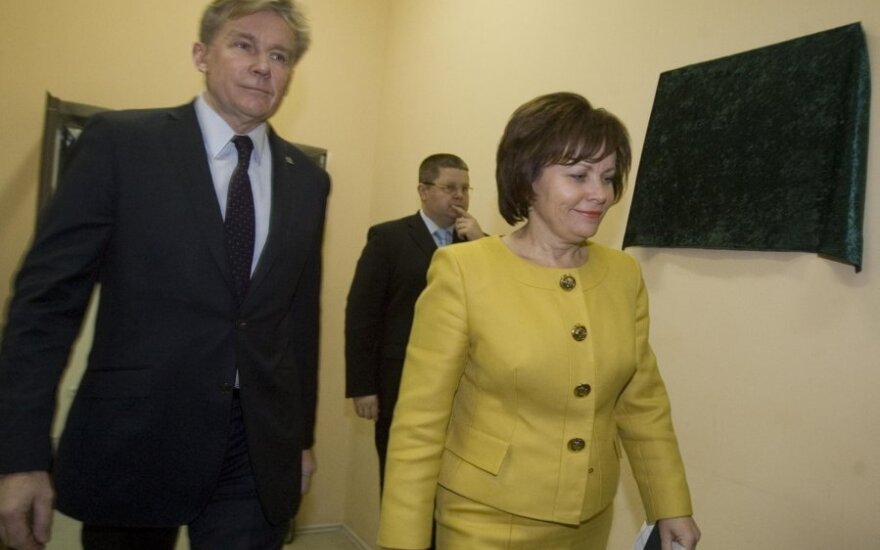 The Seimas will be represented in the forum, sometimes referred to as the "Eastern Davos", by Andrius Kubilius, another lawmaker of the conservative Homeland Union–Lithuanian Christian Democrats, and Virgilijus Poderys of the ruling Lithuanian Farmers and Greens Union (LVŽS).

"The board decided that two people will be enough in terms of rationality, economy and presentation," Rima Baškienė, the first deputy speaker of the Seimas, told BNS.

Juknevičienė said on her Facebook page that she had been invited to make a speech on security at the Krynica forum.

"This is one of the most important security forums in our region. My topic -- 'Cyber War and Geopolitics: A New Front of the Cold War' -- is important, too. However, the LVŽS-controlled Seimas board did not allow me to go," the conservative MP said.

"Perhaps (its decision) would have been different if I were to fly to some place in Australia," she added with irony.

The Seimas board's decision to approve a visit by MP Rita Tamašunienė of the Electoral Action of Poles in Lithuania–Christian Families Alliance to Australia and Oceania has caused quite a stir in the country.

The lawmaker is attending the Apostolic Congress in Mercy in Oceania and meeting with local Lithuanians in Melbourne.