BNS
A second Afghani refugee has made plea for asylum in Lithuania via a youtube video. The country's defence minister says, however, that not all Afghanis who worked with Lithuanian troops deserve to be relocated. 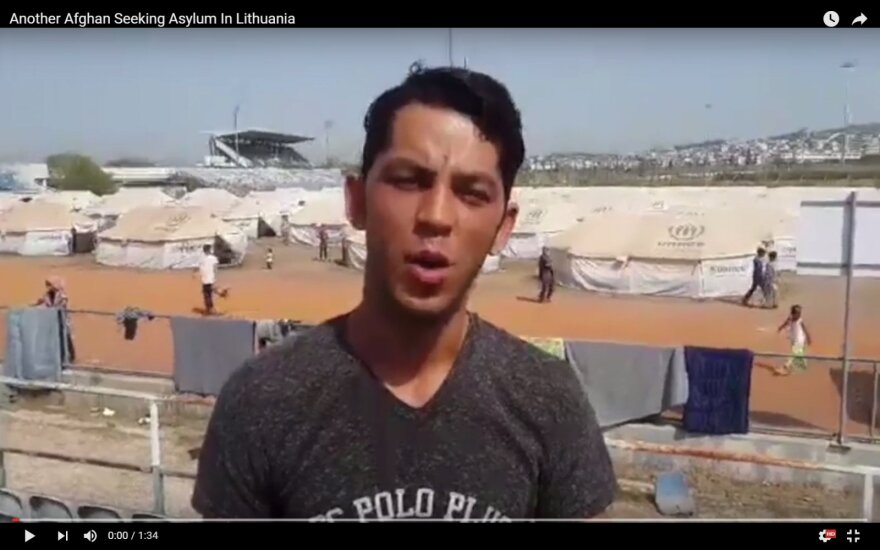 Nazir Honar, who says he cooperated with Lithuanian troops in Afghanistan, made a public call for Lithuanian assistance. His statement from a refugee camp in Greece was published on YouTube by US journalist Josh Friedman last week.

He is a second Afghani national to do so after Abdul Basir Yoususi, a former interpreter for the Lithuanian army during its mission in Afghanistan's Ghor Province, was flown to Lithuania several weeks ago. His asylum application is currently being processed.

Nazir Honar says in the video that he worked for a peace and integration program funded by the United Nations and was in close cooperation with Lithuanian troops. His duties included mediating between Lithuania's Armed Forces and the Taliban, a duty that later had an impact on his safety, Honar says.

Captain Tomas Pakalniškis of the Joint Staff has confirmed that Honar indeed worked with the Lithuanian Armed Forces.

Interior Vice-Minister Elvinas Jankevičius said on Sunday that Honar would be provided assistance, if the information about his cooperation with Lithuania's Armed Forces proves correct.

Meanwhile Lithuania's Defence Minister Juozas Olekas says that not all refugees who helped Lithuanian troops should be relocated to the country.

"There were quite many people who seriously helped us, but there were also persons who worked but we later denied their services. We cannot say that everyone who worked there deserves to be moved to live here," Olekas told journalists at the government on Monday.

"By all means, those who get in trouble should get some additional care, this is the position we will maintain," he added.

Lithuanian troops in Afghanistan were assisted by "a dozen or a few dozen" local residents, he added.

Olekas refused to comment on Honar's case in particular.

Lithuanian politician-businessman Antanas Guoga has pledged to give a job to Abdul Basir Yoususi, an...