Scandals damage Social Democrats ratings but not Order and Justice

LT Daily, media brief
aA
While recent corruption scandals are damaging the ruling Social Demcrats’s opinion poll ratings, their coalition partners the Order and Justice party’s ratings seem unaffected by a raft of their own scandals. 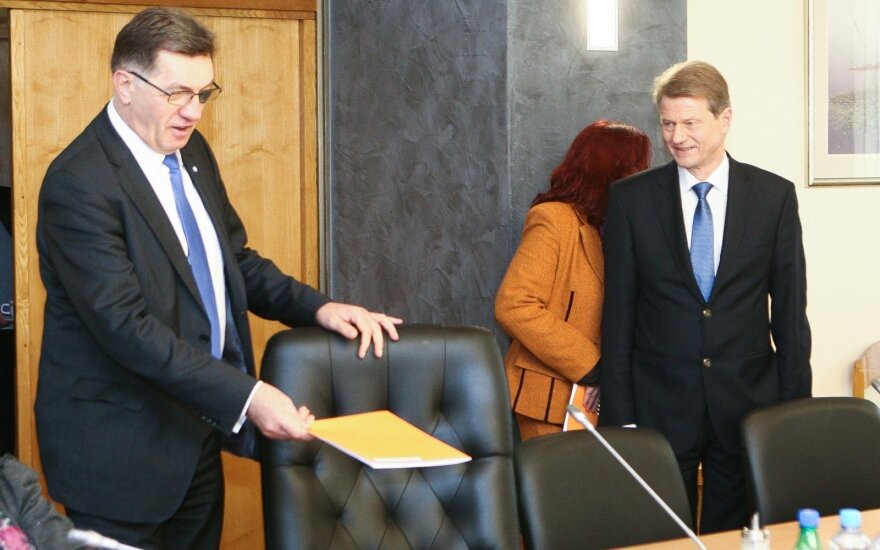 While Environment Minister Kęstutis Trečiokas was under investigation for ethics violations and the party‘s leader Rolandas Paksas was convicted of bookkeeping fraud, the latest Vilmorus and Lietuvos Rytas polls show Paksas' approval ratings actually rose in February by 0.6% to 29.4% while the party itself would get around the same share of the vote as in February’s poll at 7.7%.

In contrast, Prime Minister‘s Algirdas Butkevičiaus approval ratings fell by more than 4% to 50.7% and the negative ratings increased by the same amount to 25.5% in March. If the elections were to take place next Sunday the Social Democrats support would fall to 23%, or 1.8% less than the last month.

“Publicity, even negative publicity gives the party a certain advantage in the run up to elections. Because in Lithuania, as the surveys show, audibility or visibility in the public space is the most important thing [when it comes to getting elected]. And attitudes to corruption in society are reflected in Lithuania’s political culture,” said Political Science and Diplomacy Faculty Associate Professor Dr. Bernaras Ivanovas.

“Let's face it, we cannot put ourselves in the same category as the Scandinavians. Corruption is everywhere, in Zimbabwe, and in Denmark, and Finland, but we are closer to Zimbabwe in political culture. Maybe it sounds drastic, but if society is completely indifferent to these scandals, what does it mean?” asked Ivanovas.

Saying that, in the latest polls people who have a negative view of Order and Justice’s leader Paksas also grew to 45.2%.

The prime minister has announced that the Environment Minister is to remain in the office after the Ethics Commission found no violations of ethics rules in his conduct. However, the opposition is preparing an interpellation, and the president has applied to the Constitutional Court to investigate the government's ruling, which is the first time in Lithuania‘s history for the president to do so.