BNS
aA
Lithuanian Prime Minister Saulius Skvernelis on Friday submitted the candidature of his adviser Lukas Savickas for the country's economy minister, the president's spokesman confirmed it to BNS. 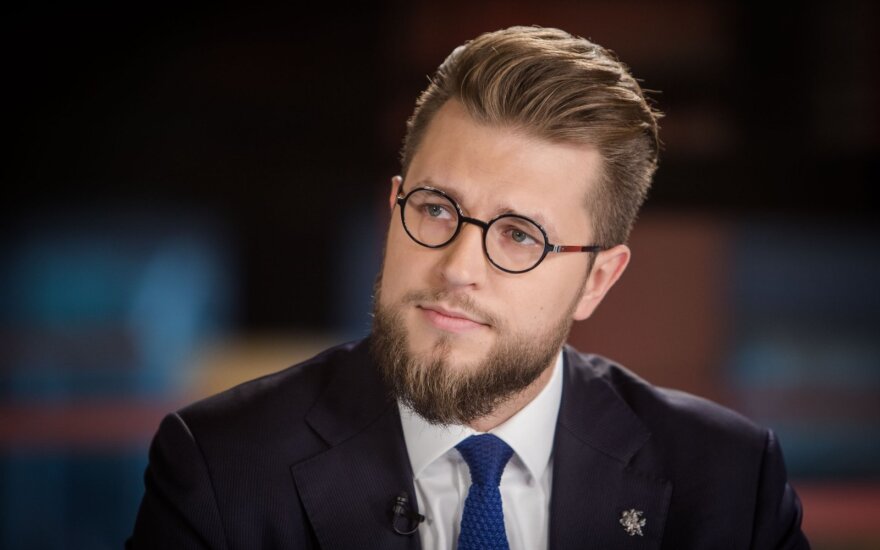 "The presidential office is now considering this candidate," Antanas Bubnelis said, adding that Saviskas has not been discussed comprehensively so far.

"I have no doubt people of Lithuania would feel and appreciate such a minister's work. I have no other candidate for this position. I hope this candidate will be approved," the prime minister said in a statement.

Savickas has worked as an adviser to the prime minister on economic and strategic change matters since December, 2016. He was elected to Vilnius Municipality Council under the LFGU list earlier this year.

Following his studies, Saviskas returned to Lithuania and worked for the country's foreign investment promotion agency Investuok Lietuvoje (Invest Lithuania). During the implementation of the Kurk Lietuvai (Create Lithuania) program, Savickas implemented projects for this agency and the government chancellery, and he also worked for the association Investor's Forum as head of policy and public affairs.

The position of economy minister has been vacant since December when the then Minister Virginijus Sinkevicius became a European commissioner.

According to Bubnelis, the prime minister and president also discussed candidates for director of the Public Procurement Office but there are no nominated candidates yet.

The Public Procurement Office has no director since October when Diana Vilyte resigned.

The economy minister and the PPO director are appointed by the president upon submission by the prime minister. Candidates for these positions have not been officially nominated yet.

The meeting was held amid disagreements over Transport Minister Jaroslav Narkevic.

Earlier this week, the president once again called on the prime minister to sack Narkevic after the decision by the Chief Official Ethics Commission. The transport minister was to have placed himself in a conflict of interest situation last year when his lunch was paid for by the Klaipeda port authority and the Lithuanian Road Administration.