BNS
aA
The European Union's (EU) ambassador to Moscow, Lithuanian diplomat Vygaudas Ušackas, has said he expects the Ukrainian pilot Nadiya Savchenko, who has been sentenced to 22 years in prison by a Russian court, to be soon released to Ukraine. 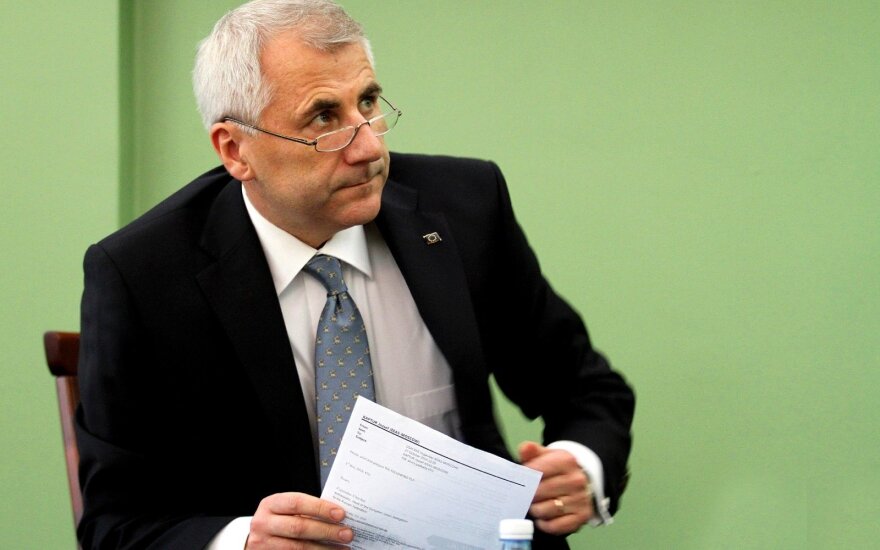 In Ušackas' words, the Ukrainian pilot's release would be crucial in the light of her health condition and the Minsk agreements on ceasefire in Eastern Ukraine.

"The EU made substantial efforts and called upon Russian officials to release Savchenko. I hope she will be set free, considering her health condition and the political significance of the Minsk agreements," Ušackas told BNS on Tuesday evening.

The ambassador refused to elaborate on the verdict and possible further steps, saying he did not want to forestall the events.

Earlier on Tuesday, a court in the Russian town of Donetsk found Savchenko guilty of the deaths of two Russian journalists in Eastern Ukraine, sentencing her to 22 years in prison and fining for illegally crossing the border.

Ukraine's President Petro Poroshenko afterwards proposed to swap Savchenko for two Russian soldiers who are currently on trial for aggression against Ukraine.

Savchenko served in the Ukrainian volunteer battalion that fought against the Russian-supported separatists before she was captured by the separatists in July 2014 and taken to Russia.

Ukraine's government says the 34-year-old pilot is a prisoner of war and should be released under the Eastern Ukraine ceasefire agreement. Savchenko denies all charges.

Ukrainian pilot Nadiya Savchenko has been sentenced to 22 years in jail by a Russian court which...