Savchenko suggests Russia be 'stripped of veto right' at UN

BNS
aA
Ukrainian pilot Nadiya Savchenko, who is held in prison in Russia, has urged the international community to "strip" Russia of its veto right at the United Nations (UN) Security Council. 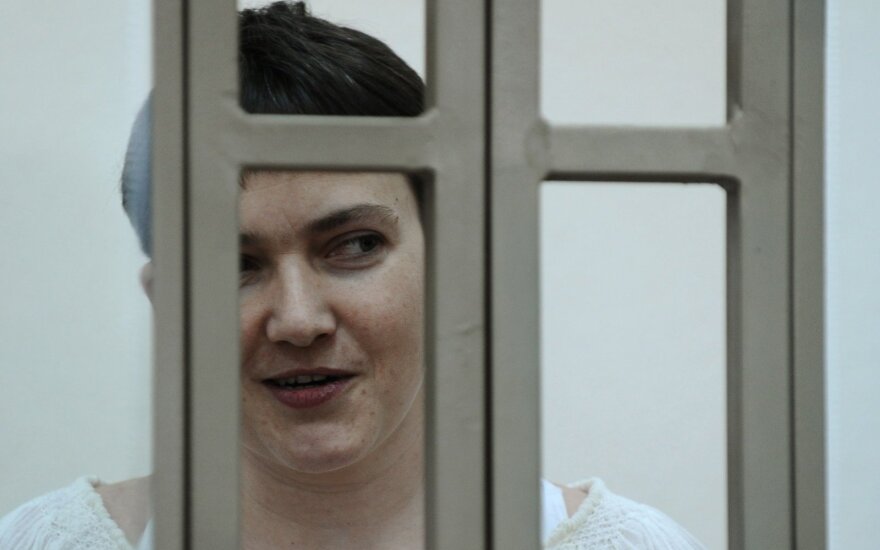 In her letter read at the UN session in New York by her sister Vera on Tuesday, Savchenko noted that Russia had "inherited" its slot at the UN Security Council along with the veto right from the Soviet Union.

"It (Russia) is exercising the inherited right to block judicial investigation of its crimes, which are just as bad as those that Nazi leaders were convicted for. And it will exercise it over and over again, if we do not stop it. It should be stripped of this right," Savchenko said in a Russian-language letter received by BNS.

The letter was read at the UN event on women's rights on Tuesday. The UN Council of Women World Leaders is currently headed by Lithuania's President Dalia Grybauskaitė.

Savchenko also accentuated the attempts of the Kremlin-controlled media to persuade Russian citizens that Russia had single-handedly defeated Fascism during World War II and "it is again alone defending the truth and the good, while the rest of the world and the US are attempting to conquer it."

The Ukrainian pilot recalled that it was the "unity and friendship" of "many people and nations", which were part of the Soviet Union, and its allies that defeated Nazism 70 years ago.

"If the nations today aren't as strong and as united with regard to the new aggressor today, they may have to fight against Russism, not Fascism during World War Three," Savchenko used a new term in connection to the Kremlin policies.

Hosted by Grybauskaitė, the informal high-level discussion on the women's situation in countries tarred by armed conflicts involved Georgia's President Georgi Margvelashvili, Croatia's President Kolinda Grabar-Kitarovic, US former secretary of state Madeleine Albright and other politicians and heads of international organizations. A video greeting was received from US former secretary of state Hillary Clinton.