BNS
Economic sanctions imposed by the EU against Russia will not have any direct effect on Lithuania, since the countries are not involved in bilateral trade in weapons or energy technologies, which are subject to the ban, Lithuania’s Deputy Foreign Minister says, adding that the sanctions will slow down Russia’s economic growth, which will affect the demand for Lithuanian goods in the neighbouring country. 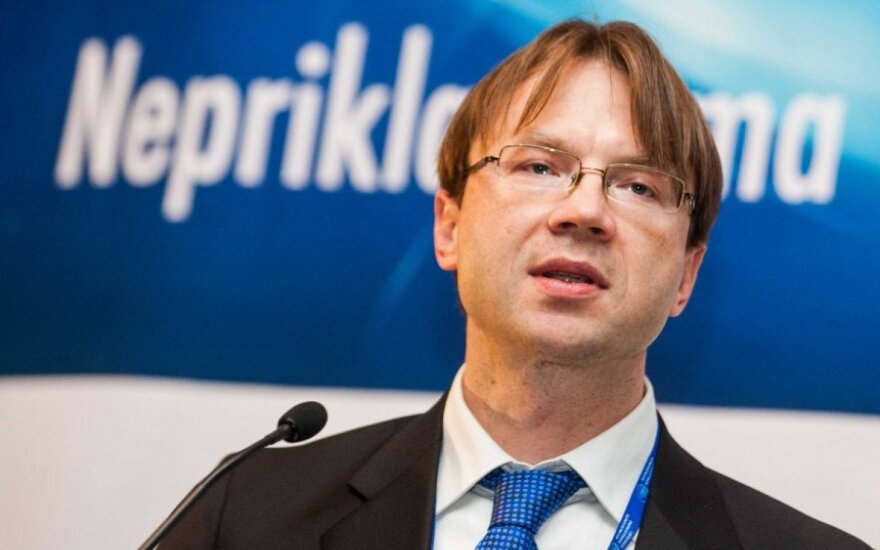 “With regard to the sanctions themselves, they will definitely not have any bigger direct effect on our country. In this particular case, we don’t supply weapons to Russia and don’t have any relations involving the transfer of technologies. The sanctions themselves should not result in any major limitations for our businesses,” Rolandas Kriščiūnas told the LRT Radio on Thursday.

Russia’s response to sanctions was still unclear, he said, adding that if Moscow decided to impose identical measures, Lithuania would not be affected.

However, the official admitted that businesses in Lithuania might be affected by the economic slowdown in the neighbouring country.

“In general, there might be indirect effects since all those sanctions will affect Russia’s economic development. If it slows down – and we see that it is slowing down already, then, of course, this will also affect the demand for our goods,” the diplomat said.

Russia on Wednesday announced a ban on fruit and vegetable imports from Poland, which would come into effect on Friday. Kriščiūnas would not speculate whether or not Moscow might take similar measures against Lithuania.

The official believes that Lithuania’s logistics sector is the most vulnerable to Russia's retaliatory measures.

“I think we are the most vulnerable in the logistics chain, including the port of Klaipėda, Lietuvos Geležinkeliai (Lithuanian Railways), our haulers,” he said.

The US and the EU, which say Russia is supporting rebels in Ukraine, on Tuesday imposed sanctions on Russian banks, energy companies and defence firms.

Economic sanctions imposed by the European Union (EU) against Russia will barely affect...

Lithuania on Tuesday described the European Union 's new sanctions as a step forward in efforts to...