DELFI EN
aA
A series of epic deceptions of Russian President Vladimir Putin now has sad consequences for his people and people all around the world, too. 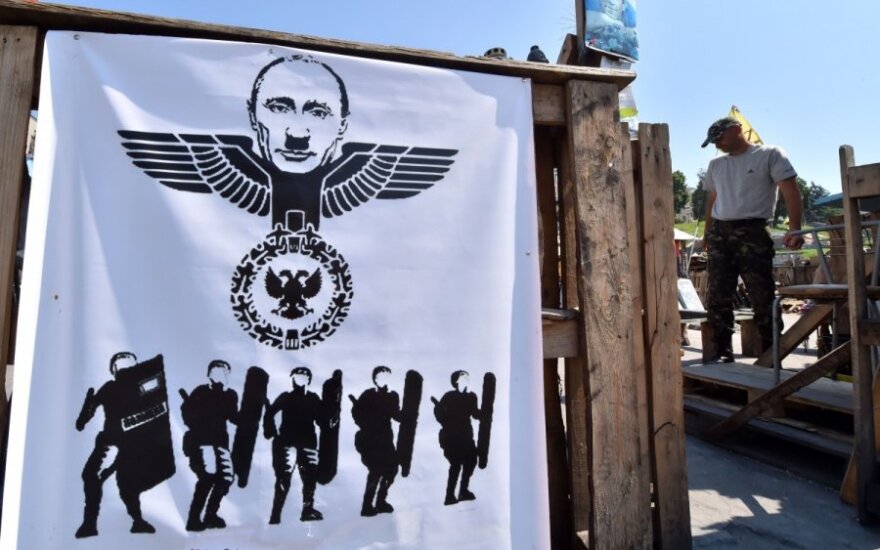 In 1991, when the Soviet Union collapsed, it seemed that Russians finally had the chance to become normal citizens of Western democracy. Putin’s disastrous contribution to the history of Russia led the country to turn the other way. And yet, many people in the world did not want to see the real Putin, the reasons being selfishness or self-deception, writes The Economist.

Downing the Malaysia Airlines plane, contributing to the death of 298 innocent people, and desecrating their bodies in sunflower fields in eastern Ukraine – all this is primarily tragic for the departed and their relatives. It is also a measure of Putin’s damage – Russia has once again become a place where there is no distinction between truth and lies, and facts are bended government requirements. Putin is presenting himself as a patriot, but he is a threat to international norms, Russia’s neighbours, and also the Russian people themselves who are being poisoned by his hysterical anti-Western propaganda.

The world must recognize the risks posed by Putin. If the world does not turn against him, the situation will become even worse.

Crucifixion and other stories

Putin accused Ukraine for the tragedy of MH17 plane, but he himself was the initiator of this destruction. Circumstantial evidence, which deserves the Supreme Court’s assessment, encourages a conclusion that the pro-Russian separatists fired a surface-to-air rocket to what they thought was Ukrainian military aircraft. Separatist leaders boasted about it on social networks and were regretful for it in the messages of Ukrainian military, which were approved by Americans.

The Russian president's responsibility in this is two-fold. Firstly, it seems that the rocket was transported from Russia, the crew members were trained in Russia, and after the launch the rocket was brought back to Russia. Secondly, Putin is involved in it on a larger scale, because this is his war. The biggest supporters of the Donetsk People’s Republic are not Ukrainian separatists, but Russian citizens, who are, or have been, members of the intelligence services. Their former colleague Vladimir Putin paid for the war and armed them with tanks, aircraft carriers, artillery, and surface-to-air missiles. Separatists pressed the trigger, but the strings were pulled by Putin.

The horrible destruction of the Malaysian plane was supposed to pull back Putin from the incitement of war in eastern Ukraine. However, he is still stubbornly provoking it for two reasons. Firstly, in the society, which he tried to shape so eagerly, the first response is always a lie. After the accident, his officials gave a multitude of contradictory, incredible theories to the media: intentions to hit Putin’s plane, Ukrainian rocket launchers located just nearby, etc. The lies gradually became more vicious.

The Russian lie, that the rocket was fired by Ukrainian military fighter, was refuted when it became clear that the fighter could not reach the same altitudes as MH17. Then, Russian hackers changed the Wikipedia article, stating that fighters can fly in that height, just for a brief moment. Even though such Russian efforts are laughable, it does not invalidate their goal, which is not to spy, but spread enough doubt, so that eventually the truth becomes a questionable subject. Maybe in the liar’s world the West is lying too?

Secondly, Putin embroiled himself in his own web of lies, which would have been foreshadowed by any honest man. When his officers made up propaganda about fascists who are controlling Kiev, and told the story about the crucified three-year-old boy, his ratings among Russian voters jumped almost 30 percentage points – to nearly 80 percent overall.

The tzar who is feeding his people with lies cannot suddenly get away by saying that the Ukrainian government is not that bad after all. He also cannot renounce the idea that the West is a rival, waiting for Russia’s collapse and ready to resort to lies, corruption, and violence. This way, his lies in his home country give rise to abuses of power abroad.

In Russia, these ambiguities recall the time of the Soviet Union, when the Pravda newspaper claimed to be telling the truth. This lie will end up like the previous one – lies eventually come to light, especially when it becomes clear how much money Putin and his friends stole from the Russian people. So, eventually, it will fail. The sad detail in this situation is that the West is behaving differently. In the past, they were ready to confront the Soviet Union and speak up about their lies. Everything looks different with Putin.

For example, Ukraine. The west imposed quite soft sanctions on Russia after the annexation of Crimea, and threatened to be more strict provided Putin invades eastern Ukraine. That is what he actually did – soldiers who are paid by Russia now control parts of the country, even though they are not wearing Russian uniforms.

However, it was convenient for the West to put up with Putin’s lies, and the sanctions were too mild, generally adopted too late. Western leaders only faltered when he continued to support the pro-Russian rebels, in disguise of a ceasefire.

After the deaths of the Malaysian plane passengers, the reaction was again relatively subdued. The European Union is threatening with sanctions only if Putin ceases to cooperate with investigators, or he does not stop the supply of weapons to separatists. France agreed to stop selling warships to Russia if necessary, but for now, they continue the marketing. Germany and Italy say they want to go on with open diplomatic cooperation, partly because sanctions would harm their commercial interests. The UK calls to impose the sanctions, but does not want to hurt profitable Russian businesses in London. America uses strong language, but does not do anything new.

It’s enough. The West should admit the unpleasant truth that Putin’s Russia is basically hostile. Solicitation and termination will not convince him to act like a proper leader. The West should immediately sanction his corrupt friends and throw him out of international community, which is based on truth. Everything else is just appeasement, insulting the victims of Malaysia plane crash.