Saber Strike has nothing to do with any annexation plans, US general says

BNS
aA
The Saber Strike 2015 exercise held in the Baltic states by NATO has nothing to do with the Alliance's alleged preparations for some annexation, says the chief of the training, US Major General Mark McQueen. 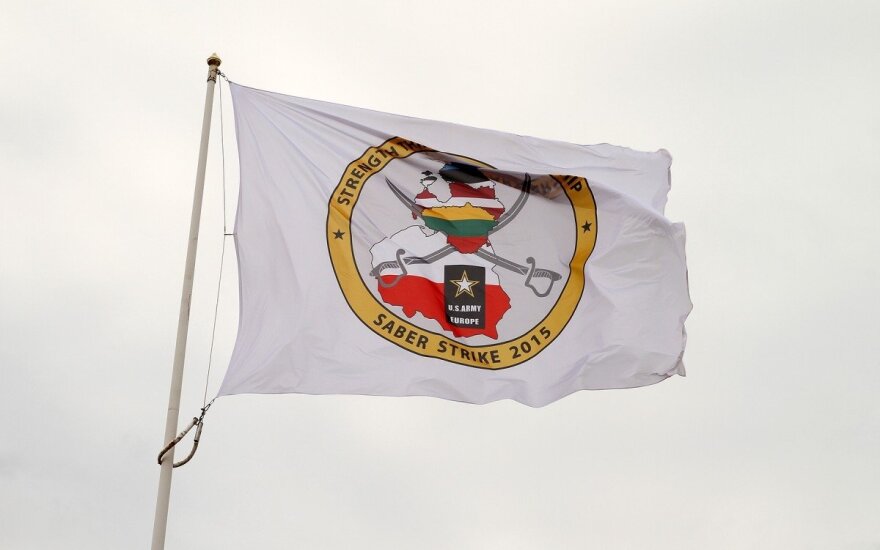 Held for the 5th consecutive year, the exercise is always announced in advance, with careful preparation of scenarios, the US officer told BNS.

In his words, the training is first of all "an assurance mission" for Lithuania, Latvia, Estonia and Poland, but "also an assurance for our soldiers".

"Everything we do is not for practising on any type of annexation - what we're doing is practising our skills as soldiers, working together in a multinational environment. That's what we're doing, it's very clear, we have nothing to hide ant it works very well," McQueen told BNS in comment of the misleading information posted by hackers on the Lithuanian army's website last week about the goal of the exercise being to prepare for the annexation of the Russian Kaliningrad region.

Speaking about Lithuania's readiness to stand alone for some time in case of a threat, the general applauded the country's increasing defense budget and the reintroduced mandatory military service. In his words, Lithuania's decision to recruit 3,000 young people every year is "yet another indicator of how committed Lithuania is to build their own force".

"They've got a very good plan that I've been able to see, and they have an exceptional capability. And I think what they are doing is working very hard to continue to equip their men and women to be able do that, which the Lithuanian government and Lithuanian president may ask them to do," McQueen told BNS.

He refused to speculate on the US plans to deploy heavy weaponry in the Baltic states, adding that a political decision in this respect was "yet to be made".

"It could be (...) different types of equipment sets, but that's a decision for (US Defense) Secretary Ashton (Carter) to make – the secretary of defense has to look at all the options and to see what's the right option, if it will even be done," said the general.

The Saber Strike 2015 exercise that ended on Thursday is the annual international exercise organized by the US Forces Europe in the Baltic states and Poland. This year's war games included a record number of troops – more than 6,000 from 12 NATO countries and partner-nations.

In response to the changed security situation amid Russia's aggression in Ukraine, the 6th rotational company of US troops with military equipment has been stationed in Lithuania since last year in the framework.

Furthermore, the US Department of Defense is currently considering stationing heavy weaponry in Lithuania, Latvia and Estonia.

A demo military operation was performed in the Gaižiūnai training ground, central Lithuania, on...

False information was on Wednesday published on the website of the Joint Staff of the Lithuanian...