BNS EN
aA
The warnings made by Georgia's former president Mikheil Saakashvili during a visit in Lithuania on Tuesday about Russia's readiness to annex Belarus are not grounded, political scientists say. 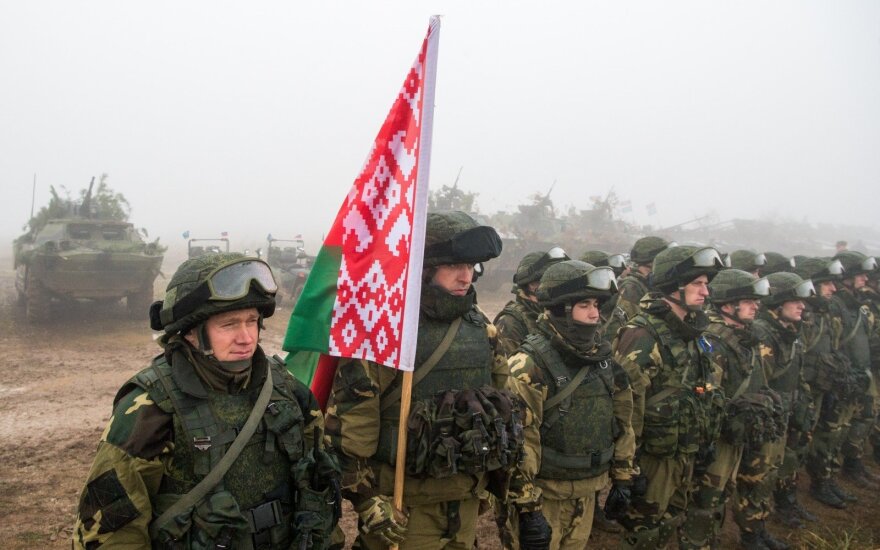 "Based on the information that is publicly accessible and seeing Russia's recent efforts to come closer to the US president and his team, it is doubtful whether the benefits of annexing Belarus would exceed the damages endured by Russia's ruling forces on the international arena," Ramūnas Vilpišauskas, director of the Vilnius University's International Relations and Political Science, told BNS on Tuesday.

In his words, the warning made by the Georgian ex-president is not new and dates back to the news of the Russian-Belarusian Zapad 2017 military exercise. Nevertheless, Vilpišauskas said it was more realistic to think that Russia would leave more of its military units in Belarus after the war games.

Laurynas Jonavičius, lecturer at the institute, said Saakashvili was merely juggling phrases and threats, however, fails to provide a single argument of why Russia would want to annex Belarus and benefits Russia would have from the move.

"Yes, we can think that Russia is interested in having a fully-fledged military base in the Belarusian territory but it is just as interested in keeping the last ally on the Western front," he told BNS.

On the 9-year anniversary of the Russia-Georgia war, Georgia's then leader Mikheil Saakashvili said in Vilnius that Belarus would be Moscow's next target.

"I believe Russia is preparing to take over and annex Belarus," Saakashvili said in an interview to BNS in Lithuania. In his words, Moscow could use the military infrastructure brought to Belarus for the upcoming exercise.

On the 9-year anniversary of the Russia - Georgia war, Georgia's then leader Mikheil Saakashvili...