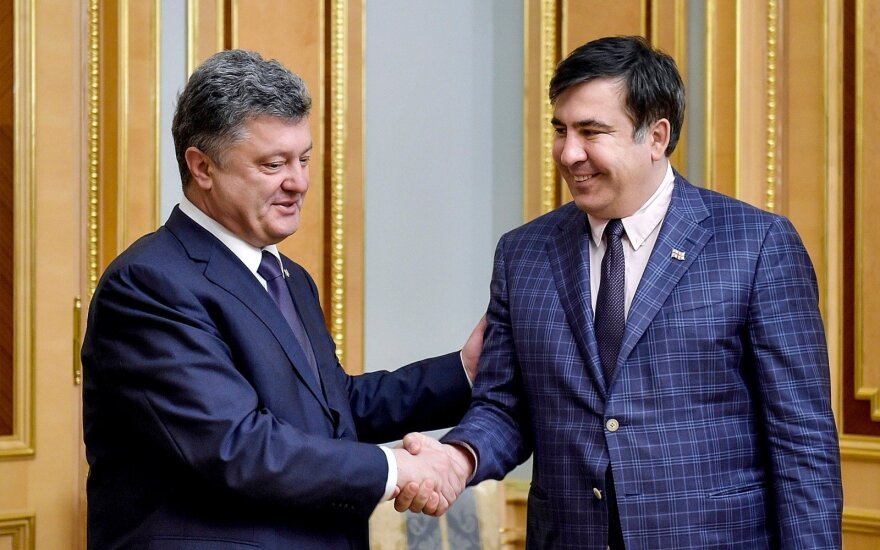 In an interview to Info TV television, Poroshenko stated that Saakashvili had received support from businessman Serhiy Kurchenko who is currently hiding in Russia and represents Russia's security. In Poroshenko's words, Kurchenko "makes money with blood."

"This means that Saakashvili also has bloods on his hands," said the Ukrainian president.

"It seems like a tragedy to me: a road from the president of Georgia and a reformist to a person currently financed by oligarch Kurchenko, he is currently the right hand to General Alexander Bortnikov, the director of the Federal Security Service. This money has been stolen from factories in occupied territories – general Bortnikov appointed Kurchenko the owner of these factories. The blood-stained money were handed over to the Saakashvili team. An investigator does not even have telephone conversations but also video recordings of the transfer of the money. It has been caught on tape how a total of half a million (US) dollars were handed over to Saakashvili's closest ally and treasurer," said Poroshenko.

At the same time, he stressed that his duty as president included "compliance to all procedures and transparent legal proceedings that would be trusted by the entire international community."

In 2015, Poroshenko appointed Saakashvili as Odessa's governor, however, after a dispute between the two politicians, Poroshenko stripped Saakashvili of Ukraine's citizenship. Saakashvili returned to Ukraine with a group of supporters in September of 2017, although Ukrainian border guards barred his entry. Saakashvili is currently in custody in Kiev.

Saakashvili presented himself as a determined fighter against corruption, dismissing the charges as Poroshenko's provocation.

Ukraine's business representatives expect that the bilateral treaty under preparation will help ensure...

International experts could be included in the investigation of charges against former Georgian...

Lithuania and Ukraine will sign a bilateral agreement on social protection in an effort to curb the...