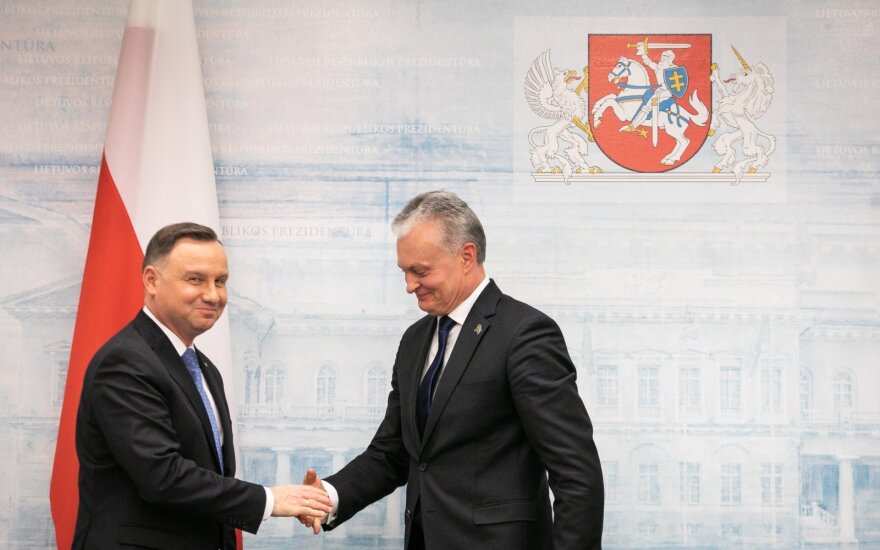 Haszczynski expects that Poland and Lithuania will continue to work closely together to counter Russia's policy of rewriting history and to boost NATO's presence in the region.

Poland is grateful to Lithuania for its support in Warsaw's row with Brussels over its legal reforms, according to the editor.

"Even more, Lithuania is listed as the third most important country in Europe for PL/PiS and second in the European Union. The first is UK and the second is Germany," he added.

Haszczynski said. "Gitanas Nauseda made several important gestures: first of all, he boycotted the event related to the anniversary of the liberation of the Auschwitz camp, which took place in Jerusalem and at which Vladimir Putin was the main guest."

The Rzeczpospolita editor believes that both presidents should continue to focus on countering "the deceitful, or false, Russian version of history and security" and on the presence of US and Western European troops on NATO's eastern wing.

According to Haszczynski, Warsaw is grateful to Vilnius for Lithuania's position in its row with Brussels which threatens sanctions for breaching the rule of law.

"It was Lithuania, the (Saulius) Skvernelis government, that was the first – after (Viktor) Orban’s Hungary – to suggest that it was not ready to support the punishing of Poland under Article 7 of the EU Treaty," the editor said. "Other countries followed Lithuania and there is still no needed majority (4/5) to start the sanction procedure.

"PiS and Duda are undoubtedly grateful to Lithuania," he added.

Poles in Vilnius back Trzaskowski in Poland's presidential election