Russia’s military games for Baltic and Polish civilians and youth

Agnia Grigas
aA
With the Russian 9th of May celebrations of Soviet victory in World War Two approaching, many in the Baltic States are concerned about the potential risk of provocations or confrontation stemming from the more radical and disgruntled elements of the local Russian minority. Moreover, since Russia launched a shadow war in eastern Ukraine in 2014, NATO, American, and European governments have been increasingly concerned about the risks of hybrid warfare in Poland and the Baltic region. 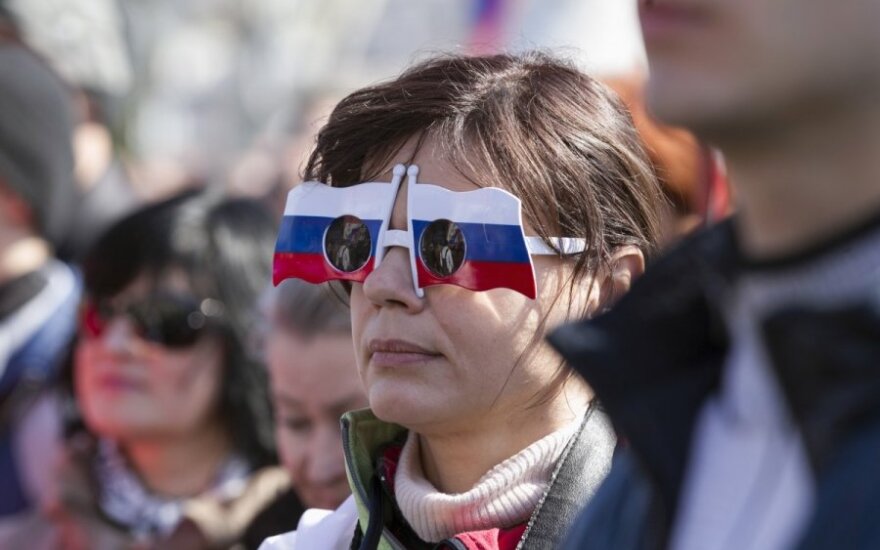 The increasingly popular term, hybrid warfare, refers to a military strategy that seamlessly blends conventional military tactics with irregular ones that can include civilian participation, guerrilla warfare and modern technology, as well as assail the opponent both on land and in the cyber space. Latvian Minister of Defense Raimonds Vejonis noted at a talk at CSIS in Washington DC on 21 April 2015 that it is now evident that a mixture of conventional and unconventional threats can be launched by both state and non-state actors. However, Russian unconventional efforts against the Baltic States are nothing new. For nearly the past decade, two programs supported by the Russian government have sought to engage and provide military training to Baltic and even Polish civilians, especially targeting the youth.

Related articles
Are the Baltic states at risk of Russian aggression?  (2)
Opinion: Is America losing the information war?

The annual International Strikeball Tournament "Put' k Pobede" (Road to Victory) has been taking place in Russia since 2010 and drawn participants from Poland, the Baltic States, and the former Soviet republics. The event is organized by the Spetsnaz Rus - a Russian organization active since 2005 and composed of Veterans of Spetsnaz (Special Forces) and Participants of Military Operations Association. The organization’s main objective is military-patriotic training of the youth. Their international events are organized with the assistance of Warriors-Internationalists Affairs Committee of the CIS Council of the Heads of Government representatives including those of Kaliningrad region and the Baltic countries. In their annual report in 2014, Spetsnaz Rus also reported to providing minor material aid to the so-called Novorossia (separatists in eastern Ukraine) in the amount of 100,000 Russian rubles ($3000).

In September 2014 Spetsnaz Rus held the 5th tournament of ‘Strikeball’ in Kaliningrad with participants from Lithuania and Poland. These tournaments are centered on the enactment of real-world military conflict. For instance in 2014, a fight was simulated between Syrian government (supported by Russian troops) and rebels (supported by the US). According to the photos online, the gathering attracted former professional soldiers, amateurs, as well as women and children. For example, 13-year old Nikita Pochekaev from Lithuania was among top scorers in a multi-level competition of running and shooting. In the video some participants also boasted that their equipment for this ‘game’ was not only equal but also even better than those of military professionals.

This is not the first time that Polish and Lithuanian civilians have participated in the Spetsnaz Rus military games. In the 2nd tournament of 2011 there were teams from Belarus, Poland and Lithuania, in 4th tournament of 2013 - from Lithuania and Poland. The participation of Lithuanians maybe explained by the strong connections of Spetsnaz Rus with Baltic veteran organizations and associations as well as the ties between Stetsnaz Rus and the Warriors-Internationalists Affairs Committee. There is little publicly available information on Polish participants or their ties to Spetsnaz Rus. Nonetheless, in 2014 the Council of Veterans’ Affairs of Kaliningrad region organized a trip for Russian veterans to Braniewo, a town in northeastern Poland on the border with Kaliningrad, in order to visit Russian War Cemetery and graves of Soviet soldiers.

Another controversial event targeting the Russian youths of the former Soviet Republics and the Baltic States is the paramilitary youth camp Soyuz (Union as in Soviet Union). In the summer of 2014, “Soyuz 2014 – Victory Heirs” took place in Kyrgyzstan and included participants from every single former Soviet republic except for Turkmenistan. This was the 8th annual Soyuz and the camp offered military training to the participants, including the craft of information warfare, as well as teaching of Moscow-approved version of history. The camps are funded by private Russian companies but are officially supported and organized by a variety of Russian governmental institutions and organizations including the Ministry of Defense of the Russian Federation, the Russian State Duma, the CIS intergovernmental military alliance Collective Security Treaty Organization, the Doblest Otechestva (Russian Regional Movement in Support of Motherland Defenders), and the Russian All-Round Fighting National League.

Both the Soyuz camp and the Spetsnaz Rus military games reflect Russia’s growing efforts not only to engage but also to militarize the Russian minorities residing in foreign states. Once militarized and radicalized, these groups could become tools in Russian hybrid warfare campaigns in the Baltic States or possibly even Poland. The cases of Ukraine and Georgia have demonstrated that pro-Moscow minorities can be effective tools of Russian imperial ambitions - especially when they reside in large concentrations in territories bordering the Russian Federation.

While participation of Baltic Russian-speaking youths in military games raise concerns, it is important to realize that the participants represent only a small portion of the Baltic Russian minority population. The Baltic Russian speaking youths are generally well integrated into Baltic societies and generally perceive themselves as Estonians, Latvians or Lithuanians rather than participants in the Russian government’s political project. Nonetheless, the Baltic governments are correct in focusing their attention to engage the Russian minorities, adjust legislation to halt Russian efforts of minority militarization, and to consider plans to expand local programs for youths interested in military training such as the National Youth Guard. These plans possibly come a little late in the game considering Russia’s policies for the past decade, but they are better late than never.

Agnia Grigas, PhD, is the author of The Politics of Energy and Memory between the Baltic States and Russia and a forthcoming book Rebuilding the Russian Empire: Compatriots, Information and Hybrid Warfare from Yale University Press in 2016. She is a Truman National Security Fellow and an official contributor to The Hill.

Are the Baltic states at risk of Russian aggression? (2)

As tensions are brewing between Russia and the West, the three tiny states on the coast of the...

It would be hard to imagine Athenian generals worrying about the reporting of Spartan news or even,...

Russia’s euphoric and triumphalist celebration all this week, marking the one year anniversary of...