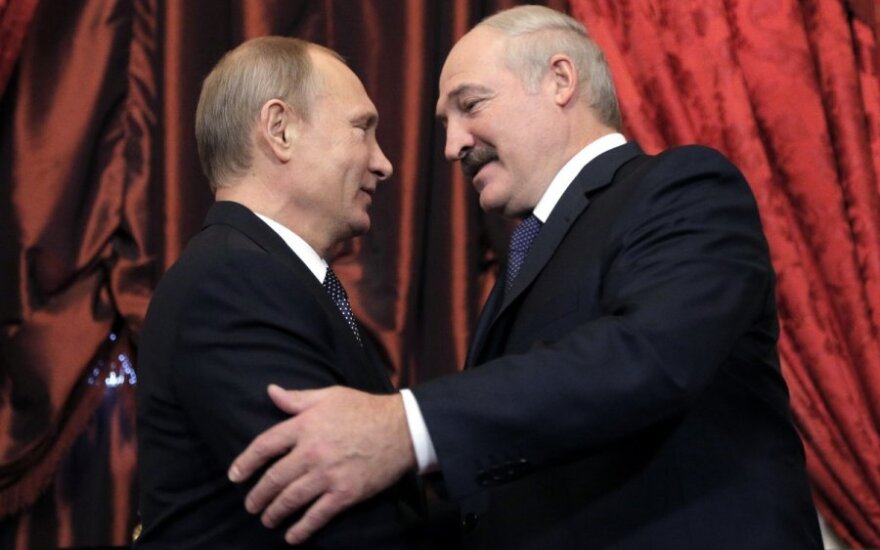 Until 2009, RISI was officially connected to Russia’s Foreign Intelligence Service (SVR), and currently serves as an advisor to the Kremlin. Now, according to Aleksandr Sytin—who recently left the Institute because of its increasingly Orthodox and imperialist line—a group of analysts at RISI are proposing that Russia replace President Lukashenko with someone more willing to toe the Moscow line and then move to restore the Russian Empire within its pre-1914 borders.

Sytin says that RISI believes Russia can oust Lukashenko by creating a powerful pro-Moscow movement inside Belarus. But he suggests that this flows less from an appreciation of Belarusian realities—including tensions between Vladimir Putin and Lukashenko over events in Ukraine—than from the worldview that informs RISI’s director, retired SVR Lieutenant-General Leonid Reshetnikov, and his staff.

According to the former RISI researcher, that worldview has four main components:

First, RISI believes that “the states of the post-Soviet space are not full subjects of international relations” but rather “the result of the Russian catastrophes of 1917 and 1991, which were provoked by the enemies of Russia led by the [United States]. Their sovereignty is thus a temporary phenomenon, something that does not deserve serious attention” and should be eliminated through their incorporation into a restored Russian Empire.

Second, RISI analysts say that they, together with colleagues from the Ukrainian special services and those of Belarus, are in a position “to establish a strong pro-Russian movement capable not only of exerting influence on public opinion but also of changing the policy and leadership of these countries in the direction Russia needs.”

Third, RISI argues that “only Russians are a state-forming people in the post-Soviet space, and this means that the single form of political existence of this space must be a Russian Empire.”

And four, RISI is telling the Kremlin that Russia’s oil and gas reserves, together with its nuclear arsenal, will “forever (or, in any case, for a very long time) guarantee Russia a place in the world, which will allow it to successfully struggle for the status of a global center of force and to oppose in this struggle the United States.”

How seriously should anyone take this? It must be noted that Moscow has been furious at Lukashenko’s independent-mindedness in recent times; and it has been especially outraged by suggestions that—however things may look now—Belarus and Ukraine will ultimately both be European countries, while Russia will never achieve that status. Consequently, many people in Moscow are increasingly likely to lump Lukashenko together with the Ukrainian leadership and conclude that Moscow must deal with the Belarusians as soon as it finishes up with the Ukrainians. RISI is hardly an outlier on this point, but rather one of a chorus advocating many of the same things.

At least three compelling reasons stand out for why one should pay attention to what Sytin is saying: First, RISI is a creature of the SVR and, thus, closer to Vladimir Putin’s Kremlin than many of the other think tanks and analytical centers that are often seen as playing a greater role in the development of his thinking. A former KGB officer himself, Putin may likely feel more comfortable with other former Soviet officers like Reshetnikov and his style of thinking.

Second, as has historically been the case with most Russian leaders, Putin appears to be attracted by grandiose plans—by a picture of the world in which he plays a central and transforming role. More than any other of those supposedly close to him, RISI and Reshetnikov provide the Kremlin leader with exactly that kind of image of the world and one that may be increasingly pleasant for him because it does not have the downsides of other proposed systems like Eurasianism. The latter, for example, would specifically involve making Russia part of something larger and less ethnically defined, consequently breaking it from its single historical course. What RISI is offering, if Sytin’s assertions are correct, is a set of views in which Putin can have his cake and eat it, too.

And third—and this is the most important—RISI and Reshetnikov clearly advocated the exact course Putin subsequently undertook in Ukraine. This think tank’s apparent influence over those decisions, therefore, strongly suggests that it has the ability to influence the top Russian leadership. RISI’s influence may, indeed, extend to crafting a plan to deal with Lukashenko—a particular instance where a specific leader, rather than a national movement, is defined as the problem.

Consequently, while Sytin could be wrong in the details, he is almost certainly right about what RISI is telling Putin now. Lukashenko would be justified to worry in the near term, and the leaders of all the countries that were once part of the Russian Empire may need to worry as well.