Russian oppositionists in Vilnius: we want to change Russia, not the tsar

BNS EN
aA
Russian opposition figures say that they want to change Russia, rather than replace its leaders. 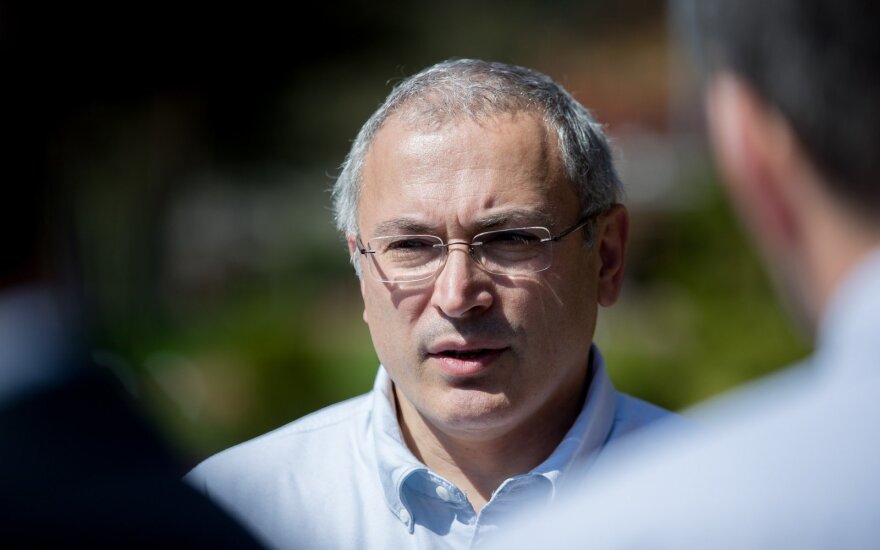 "We don't want to replace a bad tsar with a good one, one tsar with another. What we want is that there's no tsar at all. We want to change the model, the system as such, not a concrete individual," opposition politician Vladimir Kara-Murza told reporters on Friday after the annual Vilnius Russia Forum.

Kremlin critic Mikhail Khodorkovsky also said that he was not pinning his hopes for change on any election.

"It's impossible to predict the moment when the public may run out of patience," he said at the news conference in the district of Trakai, where the two-day forum took place.

Russia will hold the next presidential election in March 2018. Most experts believe that President Vladimir Putin will seek another term, but he has not yet announced whether he will run.

Khodorkovsky said that he could not foresee how the election would go, noting that it was not yet clear whether the authorities would restrict the possibilities for the opposition to participate.

"I'm not sure if the Kremlin is interested in the real opposition taking part in the election in 2018. I don't rule out that the only possible strategy for the opposition in the election might be to invite people to vote against all candidates," he said.

According to Kara-Murza, historically, changes at the top of Russian politics have always started suddenly and unexpectedly and, therefore, the opposition and civil society must always be ready for changes.

Khodorkovsky underlined the importance of Russia's general elections scheduled for 2021.

"That year will see the formation of a government that will have to cross the Rubicon. 2024 is the Rubicon when President Putin, under the current Constitution, will have to leave his post," he said.

Participants of the Vilnius Russia Forum, which started on Thursday, discussed Russia's development trends, its economic situation, the fight against Russian propaganda and other relevant issues.

Russian public and opposition figures who took part in the Free Russia Forum in Vilnius said that...

A Free Russia Forum is starting in Vilnius on Friday, the second event of the series this year. It...