BNS
aA
Daniil Konstantinov, a Russian opposition activist who has been granted asylum in Lithuania, warns that Russia's authorities and special services are preparing for mass protests. 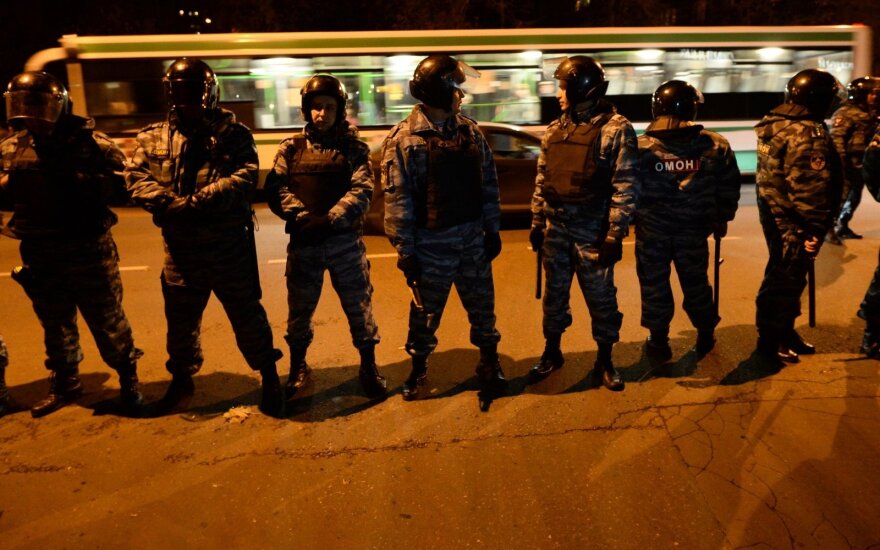 The director of the Russian European Movement, who currently lives in Lithuania, describes Russia's upcoming presidential election as "a farce" and criticizes the West for their indecisiveness in supporting the opposition.

Konstantinov, a lawyer by profession, thinks that the election, in which Russian President Vladimir Putin is widely expected to win a fourth presidential term, will trigger a new wave of protests similar to those in 2011-2012.

The opposition activist warns that Russia's authorities "will in the harshest possible way suppress attempts to organize any protests", adding that bloody clashes are possible.

"Vladimir Putin understands that he can't leave just like that. I think he has fallen hostage to his own position, his political career," Konstantinov said.

"We know that OMON, police and special FSB units are preparing themselves. Special anti-riot vehicles have been ordered. Against this background, when the authorities focus on ordering vehicles for suppressing mass protests, it is ridiculous to say that there is any election," he said.

Konstantinov said that fearing a boycott of the election, Russia's authorities were taking "unprecedented measures", such as sending out emails or SMS messages with calls to turn out for what he called "farcical" election.

"The Russian opposition, which I belong to, and its leaders, such as Alexei Navalny inside Russia or Gary Kasparov outside of Russia, have decided that this election is illegitimate and that it is the largest political farce in Russia's modern history," the activist said.

"We are calling for a boycott of the election," he added.

Lithuanian President Dalia Grybauskaitė , who is in Davos for the World Economic Forum , says...

Russia has asked Lithuania to increase the number of voting sites during the upcoming Russian...