BNS EN
aA
Russian military ships and aircraft, which have become more active in the Baltic Sea recently, pose no threat to civilians, Russia's embassy in Vilnius said on Thursday, a day after Lithuania handed a diplomatic note to the ambassador. 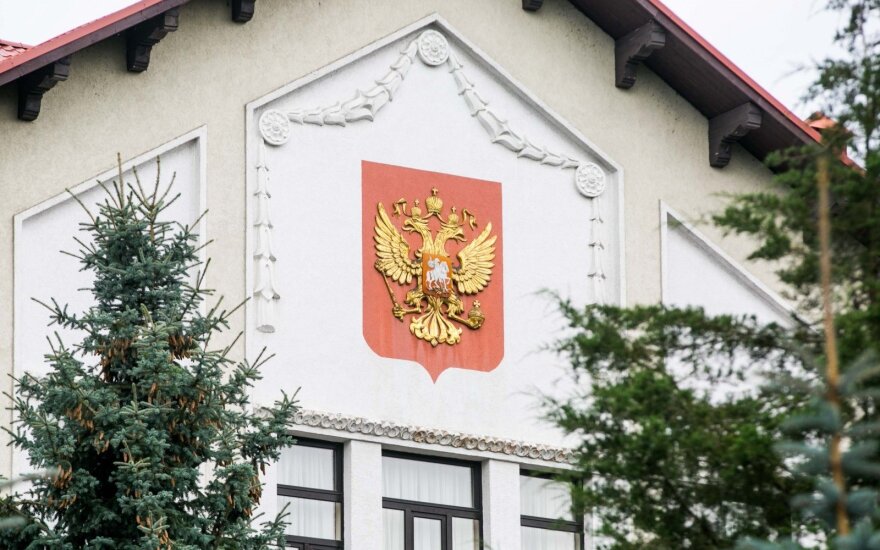 "Most importantly, Russia posed no threat either to sea craft or aircraft in any of the cases cited in Lithuania's note," the embassy said in a statement.

"In deploying weapons in our territory, we, naturally, take into account the behavior of our neighbors, including Lithuania, which has been ramping up its own military potential by increasing its defense budget, purchasing new types of weapons and equipment, deploying additional contingents of NATO forces in its territory," it said.

In the note handed to Russia's ambassador in Vilnius, Alexander Udaltsov, on Wednesday, the Lithuanian Foreign Ministry expressed concern "over repeated violations by the Russian Navy of the rights and freedoms of the sovereign Republic of Lithuania and other states in the exclusive economic zone of Lithuania in the Baltic Sea".

Russia's warships on 10 October ordered to six civilian ships in Lithuania's economic zone to change their routes. The ministry called on Russia "to consistently comply with international legal norms, the principles of good neighborliness and to ensure that similar incidents do not happen again in the future".

The embassy dismissed the criticism as unfounded, saying that Russia always informs foreign countries in advance about its drills in the Baltic Sea.

"Russian ships, in their turn, always give signals to foreign ships that they need to change course so that they do not enter the training area," it said in the statement.

Commenting on Lithuania's concern over the deployment of nuclear-capable Iskander-M missiles in the Russian exclave of Kaliningrad, the embassy said that this was part of military drills.

"In this case, Russia does not violate any commitments in the military field. Russia itself will decide where and what weapons to deploy in its territory," it said.

In response to criticism from Lithuania regarding Russian military aircraft flights with onboard transponders switched off, the ambassador said that Lithuania and the other Baltic countries had declined an invitation to come to Moscow for consultations on this matter.

Russia said a couple of months ago that it had invited NATO experts to Moscow for talks on the possibility of all military aircraft keeping their transponders on during flights in the Baltic Sea region.

However, individual NATO member states have said that they will not hold talks with Russian experts at the technical level and propose that discussions on this issue be conducted within the Organization for Security and Cooperation in Europe.

According to the Lithuanian Defense Ministry, NATO fighter jets serving in the Alliance's air-policing mission in the Baltic states were scrambled as many as 20 times between Oct. 6 and 9 to intercept Russian planes flying close to NATO airspace.

Russia deploying Iskander at Lithuanian border to get concessions from West

Russia is deploying nuclear-capable Iskander missiles to its Baltic Sea exclave of Kaliningrad ,...

According to a government source known to ERR’s Estonian news portal, the Russian Baltic Fleet is...