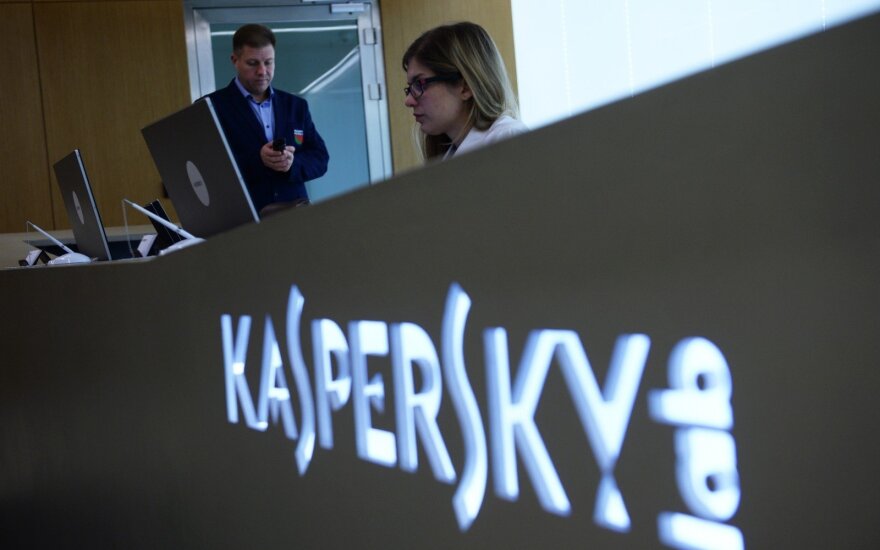 The Cabinet formulated this position during its meeting on Wednesday.

The Lithuanian Defence Ministry said in a press release on Thursday that Kaspersky Lab "poses a potential threat to national security", adding that critical information infrastructure operators and public information resource managers will have to replace the company's products with secure software in the near future.

"We must ensure the state's cyber security and, therefore, the government's decision is timely and takes into account the assessment of threats and vulnerabilities," Deputy Defence Minister Edvinas Kerza said in the press release.

"In cooperation with other public bodies, we worked together to find solutions and measures that are in line with the threat assessment," he said.

According to the vice-minister, the decision only applies to the operators of the country's critical infrastructure, including the energy, financial and transport sectors, and the public sector, but businesses have to assess potential risks involved in using Kaspersky Lab's software on an individual basis.

Specialists of the National Cyber Security Centre will provide consultations and other assistance to institutions in replacement of the software, said Rytis Rainys, deputy director of the Cyber Security and Telecommunications Service.

In light of the government's decision, Lithuania will replace the legal acts regulating public procurement in the field of defence and security. The ministry says the amendments would allow removing unreliable suppliers, while the Cyber Security Law should envisage the criteria for list of unsafe and banned software for information systems of managers of very important and state information resources.

The United States government suspects that Kaspersky Lab cooperates with Russian intelligence services, the Department of Home Security in September instructed US agencies using Kaspersky products to give up the software within 90 days and replace it with other acceptable software. The company has filed an appeal against the decision.

Kęstutis Jauniškis, chief of the Lithuanian State Security Department, has hinted to BNS about possible threats of the anti-virus software.

"America has proven that this is a toy in the hands of the Russian administration, it is not performing as a private company but rather as a satellite of the (Russian President Vladimir) Putin's administration. This fact alone should give food for thought for anyone using Kaspersky anti-virus or any other software," he said.

Lithuania's Defense Ministry will Monday update the media on the tasks completed in the field of cyber...