Russian goes on trial for allegedly spying on Lithuania’s president

The Lithuania Tribune, BNS
aA
A Russian intelligence officer charged with spying and attempting to bug the offices and home of Lithuania’s president will face trial at Vilnius Regional Court, the Lithuanian Prosecutor General's Office said on Friday. 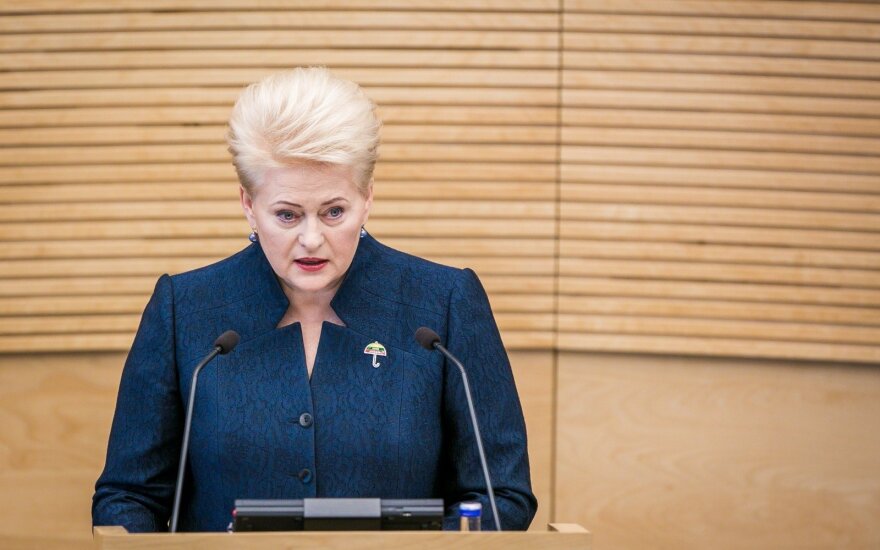 Prosecutors claim that the man identified as N.F., together with other persons, allegedly sought to recruit officers from the VIP Protection Department to bug the office and home of President Dalia Grybauskaite.

Prosecutors said that N.F., a senior operations officer of the Intelligence Unit at the Kaliningrad Directorate of Russia's Federal Security Service (FSB) will be tried for espionage, falsification of documents, use of false documents and multiple illegal border crossings.

The intelligence officer, together with another Russian citizen, the head of the same FSB unit, identified as I.G., and a Lithuanian citizen identified as V.S., are alleged by prosecutors to have met with certain Lithuanian persons in several foreign countries between October 2011 and late 2014 in an effort to recruit them to spy against Lithuania.

Only the case of N.F. has been handed over to the court. The pre-trial investigation regarding other persons is still ongoing.

The prosecutor's office claimed that the Russian intelligence officers were interested in information related to the VIP Protection Department's staff.

"Special attention was given to gaining access to any private, technical and other information about the president's personal protection and the protection of her office and residence and to making contacts with officers directly involved in this (her protection) and the operation of security systems," the office said.

The aim was to recruit these officers in order to place special listening devices in the president's office and her residence, prosecutors allege.

N.F. was arrested in Lithuania on a transit train en route from the Russian exclave of Kaliningrad to Belarus and has been held in a prison in Vilnius since Apr. 29, 2015.

Case of Russian spy in Lithuania handed over to regional court

A case in which a Russian citizen and an former officer of the Lithuanian Air Force Aviation Base are...

The Estonian Internal Security Service (KAPO) has informed NATO about suspicions that the unmanned...

Lithuanian citizen Aristidas Tamošaitis, who has been sentenced in Russia for spying , wants to...

Sweden has detained a Lithuanian citizen on suspicions of spying , the Lithuanian Foreign Ministry...