BNS
aA
The European Union's Ambassador to Russia Vygaudas Ušackas has called for an official Russian position on the public threats made on television by Duma member Vladimir Zhirinovsky "to redeem Vilnius and Klaipėda". 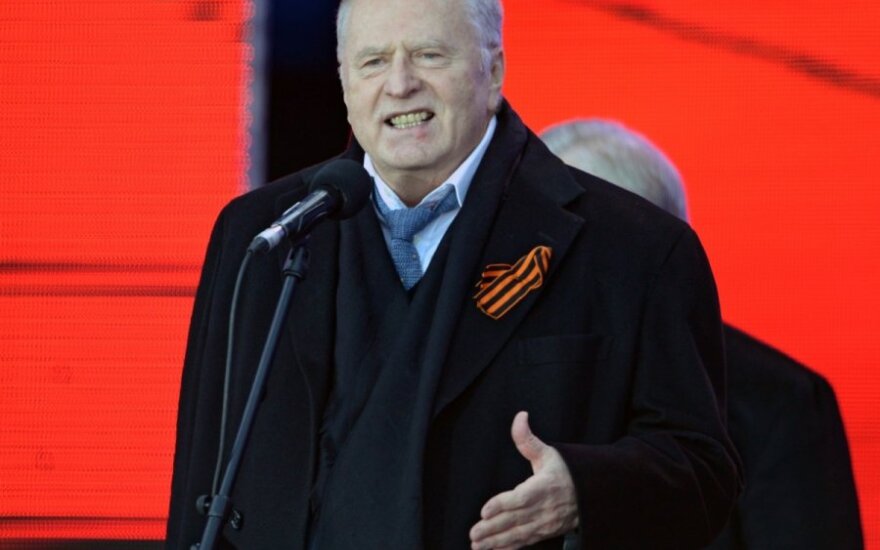 Zhirinovsky, the leader of the Russian Liberal Democratic Party, made the threatening remarks in confrontational debate on the EU, Ukraine, Eastern Partnership and Russia that was broadcast after midnight on Russian TV on Wednesday. Ušackas was also present at the debate.

"After Zhirinovsky threatened the takeover of Vilnius and Klaipėda, I had to demand for the official position of Russia regarding respect for territorial integrity of my country," said Ušackas, a Lithuanian diplomat.

He emphasized that Maria Zakharova, deputy director of the Russian Foreign Ministry's Information and Press Department, said even during the broadcast that it was "Zhirinovsky's private opinion".

In Ušackas' words, Zhirinovsky's participation in the broadcast was announced a few hours before the broadcast.

"I immediately had second thoughts about participating in the clownery, which is often the case when he's attending. But I did it out of respect for the invitation from host Valery Fadeyev, as it took us 5-6 months to agree on it (...). Zhirinovsky had an exclusive status and possibilities to express himself – he started making various threats of 'redeeming Ukraine,' as well as 'Vilnius and Klaipėda, which do not belong to Lithuania'. This immediately triggered my reaction and indignation. I said I expected it to be different from the official position of Russia and President Vladimir Putin," the ambassador said in a telephone interview to BNS from Russia.

In his words, the broadcast has an viewership of millions and great influence on public opinion.