DELFI EN
Russian forces have invaded Ukraine and are advancing in several directions, according to Zoryan Shkiryak, adviser to the minister of the interior of Ukraine. 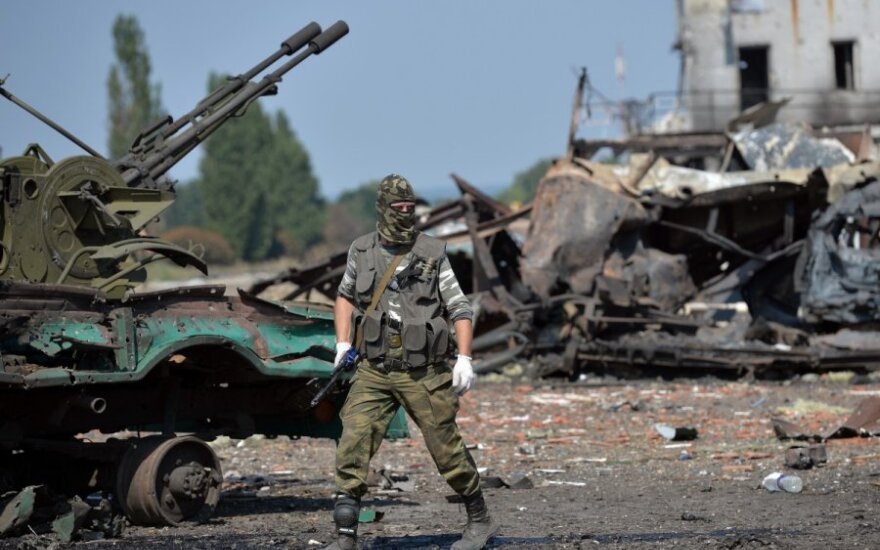 "We are talking about a full-scale invasion of the Russian army into the territory of Ukraine. The invasion is carried out in several directions. Moreover, the General Staff of the Russian armed forces is trying to interfere with the anti-terrorist operation in order to take control of settlements in Donbas," Shkiryak is quoted by the Ukrainian news agency UNIAN.

"Among us are fighting serving soldiers, who would rather take their vacation not on a beach but with us, among brothers, who are fighting for their freedom," said Zakharchenko in an interview posted on Vesti.ru, the Internet site of a Russian state television station.

US ambassador in Kiev: Russia directly involved in fighting

Russia is "directly involved" in fighting in east Ukraine, said US ambassador to Kiev on Thursday.

He adds that Moscow is "directly involved in the fighting" and has sent "its newest air defence systems including the SA-22" into east Ukraine.

Reuters also quotes a pro-government militia fighter who says that separatists, backed by Russian soldiers, entered the town of Novoazovsk in the south-east of the country by the Sea of Azov.

"There is military equipment in Novoazovsk which came across the border two days ago from Russia," the fighter, from the so-called Azov battalion which supports the Ukrainian army, told Reuters by telephone.

According to the fighter, the military equipment carries the flags of the separatist Donetsk People's Republic, yet the fighters are regular Russian forces.